One of the original reasons for the inception of IPL was to bring out the young talent from the country. The youngsters get to play along with International cricketers from all over the world (including Indians). Rubbing shoulders with the greats on and off the field definitely help the quality of the cricket and their attitude towards the sport. Best all-round performance in an IPL match

In the eighth season of IPL, there have been a few uncapped batsmen who have made their mark. The highest so far is by Shreyas Iyer, who scored a fine 83 off 56 balls playing for DD against MI at Feroz Shah Kotla on April 23, 2015. There have been few more half-centuries by the uncapped Indian players this season: 68 by Mayank Agarwal for DD against Kings XI Punjab (KXIP), 60 by Shreyas Iyer (again) for DD against Sunrisers Hyderabad (SRH), 58 by Unmukt Chand for MI against Royal Challengers Bangalore (RCB) and 54 by Deepak Hooda for RCB against DD. Virat Kohli becomes first batsman to score 600 runs against a single IPL side

Let us look at scores of 75 and more scored by uncapped Indian players in the history of IPL. Let us also check how many went on to play for India. Highest percentage of IPL career runs in boundaries

Innings of 75 or more by uncapped Indian players in IPL

–          Sadly, of the names mentioned above, Naman Ojha and Ambati Rayudu are the only ones to have adorn the Indian jersey in future.

There may be few more such innings in future by players striving to get into the Indian side.

Pandey is the only batsman who has scored over 1,000 runs in IPL and yet to play for his national side among both Indians and overseas players. He has played 69 matches and scored 1,454 runs at average of 26.43 from 65 innings at a strike rate of 117.16. He scored the maiden century by an Indian in IPL after seven overseas batsmen did it. He has also scored five IPL 50s. He has played for MI, RCB, PWI and KKR. Top all-rounders in Indian Premier League (IPL) 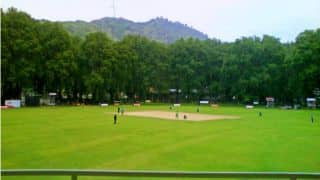 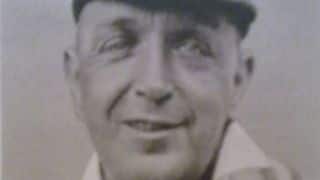 Caught Beet bowled Root — the day of the vegetarian dismissal