Chennai Super Kings (CSK), the most consistent team in the Indian Premier League (IPL) has traditionally struggled to field a strong Indian pace attack. Shiamak Unwalla analyses the three men who have broken this rut for the two-time champions.

Manpreet Gony, Joginder Sharma, Sudeep Tyagi, Ronit More, Yo Mahesh, Ankit Rajpoot and Lakshmipathy Balaji are some of the medium-pacers that have donned the canary yellow uniforms of CSK  in previous editions of the IPL. Of these, Gony and Tyagi had a few decent outings in the IPL. Both pacers even made their way into the Indian team, but neither one managed to last very long.

Balaji is the only Indian pace bowler to have played for CSK, who has remained consistent for an extended period of time. Indeed, at the time of writing, he is one of the three bowlers to have donned the Purple Cap in IPL 7.

However, in IPL 2014, CSK can boast of three very good Indian seamers. Mohit Sharma made a huge impact on their campaign in IPL 6, and has gone onto play the ICC World T20 2014 final for India. That he didn’t do particularly well in that match is a different matter altogether. In the IPL, Mohit has a very good record, and has carried on his form from the previous edition of the IPL to this one as well. After being smacked around by a rampaging Glenn Maxwell and David Miller in the first match, he has comeback strongly to bowl accurately and economically in the next two games. CSK’s fortunes may depend on how consistent he can be at the top. Going as per last year’s record, it needn’t be a problem.

Ashish Nehra, former leader of the Indian attack, has had a good time in the IPL . In the 55 matches that he has played across seven years, he has taken 60 wickets at an average of 25.53 and a strike rate of 19.68, both of which are impressive figures for Twenty20s (T20s). His economy rate of 7.78 is reasonable as well. He didn’t have a particularly good time in IPL 6, but in the one match that he played this season, he bowled tightly even as the other bowlers around him were dispatched to all corners of the ground.

Ishwar Pandey has played only two games for CSK, but already there is speculation that he could be seen in Indian colours sooner rather than later. Pandey has taken two for 24 and one for 22 in his first two games for them, but the numbers do not tell the full picture. He has comprehensively out-bowled Ben Hilfenhaus, and has looked like taking a wicket every over. His spell against the Mumbai Indians (MI) was especially probing. He was able to generate appreciable movement off the surface at good pace, and his line and length was unswerving.

CSK, as usual, look like one of the most well-balanced sides in the tournament on paper. Their traditional shortcoming when it comes to Indian pacers has also been solved this time around. While the Kings XI Punjab (KXIP) out-batted them in the first match, their bowling rallied brilliantly and won them the next two games.

If CSK manage to reach the knock-outs again this year (and at this point, it would be foolhardy to assume the contrary), one can be sure that their battery of Indian pacers would have played a bigger role than what one has seen over the last six years in IPL history.

(ShiamakUnwalla is a reporter with Cricket Country. He is a self-confessed Sci-Fi geek and Cricket fanatic who likes to pass his free time by reading books, watching TV shows, and eating food. Sometimes all at the same time. You can follow him on twitter at @ShiamakUnwalla) 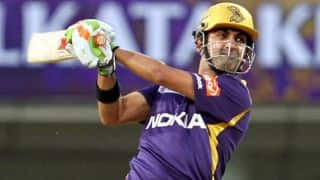