Based on their overall performance, only select XI of that form the IPL 2017 XI while some other notable performers miss out amidst the stiff competition.

The Indian Premier League (IPL) 2017 came to a fitting end on Sunday night when Mumbai Indians (MI) clinched a one-run thriller over Rising Pune Supergiant (RPS) at Hyderabad to complete their treble of IPL titles. With this, another enthralling edition of the T20 extravaganza came to end. During its 47-day stay, IPL 10 gave us some memorable performances. Players from different franchises showcased their skills and staked their claim for the Orange as well as Purple Cap. Based on their overall performance, only select XI of that form the IPL 2017 XI while some other notable performers miss out amidst the stiff competition. Let us take a look at this year s XI (four overseas players max):

In IPL 2016, David Warner had scored 848 runs at 60.57, with a strike rate of 151.42. In any other edition, this would have been the highest aggregate hands down. But it took a Bradman-esque effort from Virat Kohli to outclass him. Though the Orange Cap eluded him, Warner found solace in winning the title for Sunrisers Hyderabad (SRH). This year, he earned the Orange Cap, becoming only the second player to score 500-plus runs in back-to-back IPLs. Warner also played some tremendous knocks. His 70* against Kings XI Punjab (KXIP) and 59-ball 126 against Kolkata Knight Riders (KKR) completely contrasting knocks were the highlights. Though SRH failed to defend the title, Warner finds a place in IPL 2017 XI at the top.

If you thought T20 cricket is all about big bats, batsmen going berserk and scoring runs at unbelievable strike rates by playing unorthodox shots, you perhaps have not seen Hashim Amla bat. The South African run-machine batted with serenity and monk-like patience. He scored runs by playing proper textbook shots, almost in an effortless way. Though both of his 2 hundreds this season came in the losing cause, Amla played his part to perfection till the time he was in India. The way he was going, there was every chance he would have ended as the leading run-scorer had he played all the games. But his 420 runs from 10 games are enough to put him into the side as the second opener.

Gautam Gambhir started IPL 2017 on a solid note. He scored all four of his half-centuries this season in the first half. Unfortunately, his effort stayed invisible, thanks to Chris Lynn s pyrotechnics and Robin Uthappa s ominous form. However, once Lynn returned towards the latter part of the league, Gambhir decided to drop himself to the No. 3 spot so that Lynn and Sunil Narine could continue to open and exploit the powerplay overs. This is where Gambhir observed a dip in form. He failed to score a fifty in last seven outings, with 32* against SRH in rain-marred Eliminator being his best performance. But Gambhir did enough to stake a claim to the No. 3 spot in the side.

There are a few players whose value goes beyond statistics. Rishabh Pant is one such player. Braving one of the biggest personal tragedies, Pant walked out to bat in a stiff chase against Royal Challengers Bangalore (RCB) barely 48 hours after his father s funeral. He slammed a classy 57 from 36. Though he could not get his side over the line, Pant scored high on mental toughness and resolve. Pant then hammered 43-ball 97 against Gujarat Lions, which according to Sachin Tendulkar was one of the best IPL innings ever across seasons. Though he had a string of single digit scores in between, Pant makes it to the XI due to the X-factor he brings to the table. And for those who are obsessed by the numbers, he did score 366 runs this season at a whopping strike-rate of 165.61.

He was the Most Valuable Player (MVP) of IPL 2017. Need I say more? Ben Stokes was the reason why RPS predominantly made it to the playoffs. And perhaps, his absence was the reason why they could not lift the trophy in the end. Stokes lived up to his INR 14.5 crore tag and all the hype, producing some fine match-winning performances. If his 103* helped RPS pip GL in the final over, his all-round effort of 39 runs and 3 for 30 against SRH helped his side overcome the opponents by 12 runs. A vital cog in RPS line-up, Stokes makes it to this XI by default.

Krunal Pandya was unfortunate to miss out on a few games due to injury. Otherwise, he would have made a greater impact on the results for Mumbai Indians. The spin-bowling all-rounder, Krunal showed he was much more than a lower-order batsman. Some of his finest efforts in IPL 10 included 37-run knock in victory over RCB and Man of the Match-winning all-round show against Gujarat. Krunal, however, lifted his game by many notches when the playoffs arrived. Saving his best for the last, he scored a crucial 45* against KKR in Qualifier 2 before scoring match-winning 47 in the final. All this while, he also silently contributed with his 4 overs. His presence adds all-round balance to this XI.

He can bat at any position as well as can open the bowling. In addition, he is a livewire on the field. Akshar Patel stayed true to his reputation this season as well and proved to be KXIP s man for all seasons. Against Delhi Daredevils (DD), it was his 29-ball 44 that guided KXIP from a shaky 65 for 5 to 144. Against GL, his 17-ball 34, which had 3 fours and 2 sixes, helped his side get to an above-par total and win the contest by 26 runs. Returning with figures of 4-0-36-2, he was vital with the ball as well.

Against RCB, he was phenomenal. Scoring a rapid 17-ball 38 not out, he first guided KXIP to 138 for 7, a total 19 runs too many for RCB. Importantly, his effort came on a sluggish track where some of the biggest names in world cricket struggled for runs. Akshar was then equally good with the ball, taking 3 for 11. He was brilliant on the field as well, taking some blinders. Keeping him out from this XI would be a sin.

Unarguably the find of IPL 2017, Rashid not just created history by becoming the first Afghanistan player to play in IPL, but also emerged as a mystery for the best of batsmen. Though he used his googly very often, it did wonders for him. Some of his big scalps included the likes of Rohit Sharma, Gautam Gambhir, Suresh Raina, Brendon McCullum, Aaron Finch, Wriddhiman Saha et al. Rashid bamboozled the batsmen with his variations and kept the run-scoring under check at the same time. He beats the likes of Imran Tahir and Nathan Coulter-Nile to find a place in the IPL 2017 XI.

Bhuvneshwar had another terrific season on a personal note. He finished the season with 26 wickets from 14 games and earned the Purple Cap. Besides, he registered his maiden five-wicket haul in T20 cricket this season: 5 for 19 against KXIP. That, in fact, was also the spell that stood out this season. It not just helped SRH win a close game by 5 runs, but also got the side back on winning track after consecutive defeats. Bhuvneshwar also completed his 100 IPL wickets this year, becoming the fastest to the milestone in 82 games. In a nutshell, whenever Warner made an SOS call, Bhuvneshwar delivered.

Statistically, if there was one bowler who was better than Bhuvneshwar, it has to be Jaydev Unadkat. He got a late nod to start in the first XI, but when he did get a game in place of struggling Ashoke Dinda, Unadkat made an immediate impact. He finished with just 2 wickets lesser than that of Bhuvneshwar. However, he also played 2 fewer games. His bowling average, economy rate and the strike rate were all better than Bhuvneshwar s. Who can forget his hat-trick maiden final over against SRH a rarest of the rare feat. Unadkat is an obvious choice in this XI.

Jasprit Bumrah completes the XI. The Mumbai Indians pacer was one of the best bowlers in death overs, if not the best. In the final, his 3-run 17th over, where he got rid of MS Dhoni, turned the game in MI s favour. Earlier in the season, he bowled a tight Super Over against the likes of Brendon McCullum and Aaron Finch, defending 12 runs despite having bowled a no-ball and wide at the beginning of the over. If you say he overshadowed his mentor Lasith Malinga this season, it won’t be an overstatement. 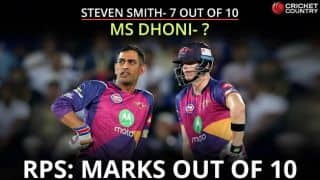 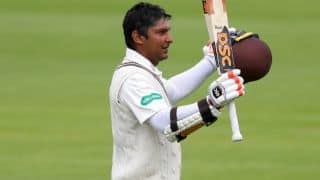