With India still dwelling upon their No.4 conundrum and fitness concerns over at least couple of players, IPL 2019 will in all likelihood have major implications on India s final 15 for the 2019 ICC Cricket World Cup.

India skipper Virat Kohli had recently pointed out that performances in IPL 2019 will have no bearing on the World Cup selection. But the question is, is his statement believable enough? (READ: Rechristened Delhi hope for Capital gains)

The Indian Premier League over its eleven years has been the platform for players to make their mark and has more often than not paved way for international recognition. Hence, Kohli’s sweeping statement should be taken with a pinch of salt. (READ: Khaleel needs to take inspiration watching Bumrah – Zaheer Khan)

More so, with India still dwelling upon their No.4 conundrum and fitness concerns over at least couple of players (Hardik Pandya and Kedar Jadhav), IPL 2019 will in all likelihood have major implications on India s final 15 for the 2019 ICC Cricket World Cup. (READ: Under Karthik’s leadership, KKR out to clinch third title)

Keeping that in mind, CricketCountry has shortlisted five fringe players who could benefit from a big IPL season this year.

Iyer walks into IPL 2019 on the back of a stellar run with the bat which has seen him score 603 First Class runs at 43.07, 793 List A runs at 56.64 and 484 T20 runs at 60.50 in the 2018-19 season. There is no reason to believe that Iyer cannot replicate the same form for the Delhi Capitals this year. What makes this edition even more crucial for Iyer is the fact that a good season could help him catapult in the discussion for India s World Cup squad for the No.4 spot. Will that act as a motivating factor, or will the added responsibility of being the captain of the side be too much to handle for the 24-year-old? Only time will tell. His first international stint was decent enough, scoring 210 runs in six ODIs, yet he found himself out of favour, but a good IPL could change things around for Iyer.

To be fair to the national selectors, Dinesh Karthik has received enough opportunities in the past one year, after the Nidahas Trophy final heroics. But Karthik has not been able to seize the opportunities well enough, and it is only because of Rishabh Pant s unpolished skills behind the stumps and lack of application with the bat in the middle which has brought Karthik s name back in contention as MS Dhoni s back-up option. Leading KKR this year, very similar to DC s Iyer, Karthik has a golden opportunity to prove his credentials behind the stumps and a finisher with the bat as well. Since the Champions Trophy 2017, Karthik has scored 425 runs in 17 ODIs of 47.22 out of which 264 runs came while batting at No.4 in nine innings at of 52.80. Last year, Karthik was KKR s leading run-getter with 512 runs in 14 matches.

With Vijay Shankar impressing in the limited amount of time he s had, and Hardik Pandya regaining full fitness, India may not be looking at a third allrounder for the 2019 ICC Cricket World Cup. Having said that, Jadeja is probably the 16th player in the Indian squad right now for the quadrennial event. The 29-year-old got a lifeline due to Pandya s suspension during the Australia series and injury during the home series against the same opposition, during which the Saurashtra allrounder played a total of seven ODIs so far in 2019 – which is an improvement from 2017 (10 ODI appearances) and 2018 (8 ODI appearances). While Jadeja has played a crucial role with the ball in the middle overs and in the field as well, his batting has been non-existent in the format. With the IPL approaching, Jadeja has the chance to prove his batting credentials, and a good all-round season could see the 29-year-old sneak in to India s World Cup squad.

With Mohammed Shami getting back his rhythm, he seems to have pushed out Khaleel for the World Cup spot. But with left-arm pacers being a rare commodity, the possibility of Khaleel securing a ticked to England even as a back-up option cannot be ruled out. He had an impressive start to the international career in the 2018 Asia Cup (four wickets in three matches) and West Indies at home (seven wickets in four matches) but lost his form in Australia (wicketless in two matches). Khaleel was the better of the lot which India tried during the time frame. This year, Khaleel will be playing for the Sunrisers Hyderabad alongside Billy Stanlake, Bhuvneshwar Kumar, Siddarth Kaul and Basil Thampi, and if the 20-year-old can stand out among these top-notch bowlers, it would be hard for the selectors to ignore him.

India have tried a host of young fast bowlers during the last 18 months, including, Khaleel, Mohammed Siraj, Deepak Chahar, Siddarth Kaul and Shardul Thakur; and as part of this practice, Umesh Yadav seems to fallen down the pecking order. However, Yadav s experience of international cricket, which now stands at over nine years, gives him edge over the rest. Umesh last played ODIs against West Indies at home in 2018, managing just one wicket in two games. But a good IPL season for Virat Kohli s Royal Challengers Bangalore could see the 31-year-old travel to England as India s back-up pace option. 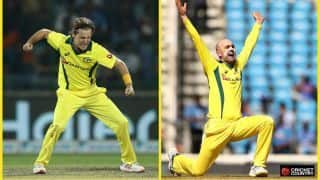 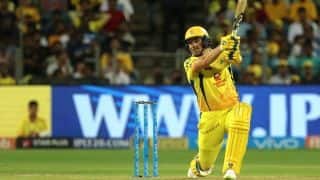