It was CSK, who denied DC a top-two spot in the league standing with a crushing 80-run win at the Chepauk, but this time DC might just have the edge knowing the conditions better.

It s youth and exuberance from Delhi Capitals versus the guile and experience of Chennai Super Kings. They made it to the IPL 2019 Playoffs for the first time in seven years and now Delhi are on the cusp of entering their maiden Indian Premier League (IPL) final but must negate a well-oiled and experienced CSK brigade when both teams meet in Qualifier 2 at Vizag on Friday.

It was CSK, who denied DC a top-two spot in the league standing with a crushing 80-run win at the Chepauk. But this time DC might just have the edge knowing the conditions better after a cool Keemo Paul laid the finishing touches to Rishabh Pant blitz during a nerve-wracking two-wicket win against Sunrisers Hyderabad in the Eliminator.

What goes in Delhi’s favour is their fearless brand of cricket which they have displayed throughout this season and their fans would be hoping for another such performance against CSK.

Delhi can thank their stars that they don t have to face Harbhajan Singh and Imran Tahir on a rank turner at the Chepauk, but it would be a challenge nonetheless. Prithvi Shaw, who scored a half-century against the Orange Army, will be ecstatic, now that he too is amongst runs.

The tense win in the Eliminator, set up by their star player Pant, is bound to provide an extra dose of motivation going into the knock-out game at Vizag. (ALSO READ: Eliminator, DC vs SRH: The controversial dismissals and other talking points)

Knockout matches are not new to CSK, who are used to playing the big matches, having won three titles besides being runners-up four times. They were hammered by Mumbai Indians in Qualifier 1 but expect CSK to bounce back in style.

Captain MS Dhoni, who admitted that his batsmen weren t up to the mark, will be expecting an improved performance after the disappointment against Mumbai Indians.

Whatever be the case, this next knockout clash is surely going to be every worth of your money. You don t want to miss the penultimate match of this season.

Weather: Sunny skies with a maximum of 36 degrees Celsius

You can also follow LIVE coverage of the match on CricketCountry (Qualifier 2, Chennai Super Kings vs Delhi Capitals: SCORECARD)

CSK s batting line-up failed to deliver against Mumbai. Opener Shane Watson has not been among the runs ever since smashing a 53-ball 96 against Sunrisers on April 23, but Dhoni is not one to chop and change, so expect the same playing XI.

Delhi Capitals look to be an ominous side right now with both bat and ball and not much tinkering will be done to a winning combination.

I think the batting needs to get better. These are the best batsmen we have got, it looks like we are batting well, but at times, in different games, they pull off shots that shouldn’t be played. These are the players who we have banked on, they have the experience and they should know to assess the conditions better, hopefully, we will do well in the next game. MS Dhoni

Not really planned (for CSK). We will have fun tonight and leave the rest when we get to practice next. It is a big game against Chennai and we are going to prepare hard. Prithvi Shaw 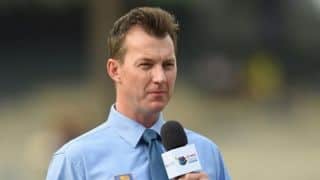 No contract for Cameron White from Cricket Victoria for upcoming season