All the details and nitty-gittys you need to know about the Mudgal Committee report.

The Mukul Mudgal Report took the world of Indian cricket by storm. Abhishek Mukherjee tries to explain what the report is all about.

Q: What is this Mudgal Committee they keep talking about?

A: A committee had been set up when the Indian Premier League (IPL) spot-fixing controversy arose. It was headed by Mukul Mudgal, the Retired Chief Justice of Punjab and Haryana High Court. The other members of the Committee were L Nageshwar Rao (Additional Solicitor General of India) and Nilay Dutta (Senior Advocate). Vidushpat Singhania, Advocate, had been appointed as the Secretary while Abantee Dutta, Advocate and Gautam Bharadwaj, Advocate had worked as the Research Associates.

Q: Oh, but I had heard that three players have already been arrested and banned?

Q: If they had already been arrested, what was this Committee all about?

A: The four players had been arrested, but there have been other names that had cropped up. For example, Raj Kundra, the RR owner, and Gurunath Meyiappan, a leading Chennai Super Kings (CSK) official, had got away by a two-member committee of the Board of Control for Cricket in India (BCCI).

A: Yes. He is indeed N Srinivasan’s son-in-law.

Q: Cool! So have they submitted their report?

A: Indeed. That happened on February 10. The Committee had found Gurunath guilty of both betting and match-fixing.

Q: Wow! What does this mean for CSK?

A: Curious, aren’t you? This can be long. This is from Section 2 (Offences Under the Anti-Corruption Code) of the IPL Anti-Corruption Policy. Listen carefully. Section 2.2.1 says “2.2.1 Placing, accepting, laying or otherwise entering into any bet with any other party (whether individual, company or otherwise) in relation to the result, progress, conduct or any other aspect of any Match or Event.”

Q: Okay, so betting is illegal. But is that all?

A: Nope, there’s more. For example,

– 2.2.3 Ensuring the occurrence of a particular incident in a Match or Event, which occurrence is to the Participant’s knowledge the subject of a Bet and for which he/she expects to receive or has received any Reward.

– 2.3 Misuse of Inside Information:

– 2.3.1 Using, for betting purposes, any inside information.

Q: This means that Gurunath has violated all these clauses, hasn’t he? I have seen him in the dug-out of CSK, so he must have obtained inside information of some sort!

A: Indeed he has.

Q: This sounds serious. What can be the repercussions?

A: Let me read Clause 11.3 (c) of the Franchise Agreement for you: “A franchise can be terminated with immediate effect if: the Franchisee, any Franchisee Group Company and/or any Owner acts in any way which has a material adverse effect upon the reputation or standing of the League, BCCI-IPL, BCCI, the Franchisee, the Team (or any other team in the League) and/or the game of cricket.”

Q: Does this mean that CSK can actually be banned from IPL?

A: Unfortunately, yes. I know that Chennai-ites, among others, will be crestfallen, but some things need to be done.

Q: What about Kundra? He was also accused, wasn’t he?

A: He has not been indicted as of now. But if he is, then, well, they may be down to six teams this year.

Q: The other six teams get a clean-chit, correct?

Q: What about the auction?

A: The auction happens the same way it has been happening. Nothing changes there.

Q: You mean RR can participate in the auctions? Even CSK?

Q: But what is the point of that? Suppose CSK and RR build their squads and get banned, there has to be a second round of auctions. Is that not correct?

A: See, the final verdict comes out on March 7. Till then the two teams cannot be officially banned, so they participate in the auctions.

Q: … and then they get sold again? What if the other six franchises have already reached their quota?

A: I have no idea about this. Something will happen. Maybe some new team will be created — the Port Blair Pythons or something.

A: No, there is more — and this is serious stuff: not related to IPL. Six players have been implicated for the same scam, one of whom is a part of the current Indian side.

Q: What are you talking about? This sounds like 2000 all over again!

A: This may actually be worse, for all you know. Things have got murkier since then. The franchises will get involved, and given that Srinivasan has complete control of BCCI and will have the same over ICC shortly, things will not be that simple.

Q: What if these people are banned? Don’t we have the Asia Cup final on March 8? What if India qualifies?

A: Then the person will, in all probability, be banned. In that case there will have to be last-moment changes to the squad — even on the evening before the final — and someone will have to be rushed to Bangladesh at the last moment. I guess the World Twenty20 will be a different matter, since it will take off after the verdict.

Q: Any idea who these players are? I am really curious. They are, after all, my heroes. I have spent days and nights watching them play.

A: I am sorry, but the names of the six will be revealed only on March 7.

Q: Is there anything else that has emerged out of the Mudgal Committee?

A: There are some facts. MS Dhoni, for example, is not a stakeholder of Rhiti Sports Management that manages Dhoni along with a few other Indian cricketers.

Q: Finally something good! Anything else?

A: Justice Mudgal has commented that betting should be legalised in India — mostly because a lot of it cannot be proved.

Q: Are you serious?

Q: What about Lalit Modi? Has he come out with a statement?

A: Big time. “With the Supreme Court-instituted Justice Mudgal committee indicting Gurunath Meiyappan in the IPL betting and spot-fixing scandal, I demand a life ban on his father-in-law and BCCI President N Srinivasan,” were Modi’s exact words.

Q: What should we do? Should we have faith on the sport and our heroes?

A: The sport cannot be destroyed so easily. It would take more than a Srinivasan to finish it. There is still a lot cricket has to offer us. If a person has been found guilty, then the sport goes ahead without that person irrespective of who the person is. Cricket has been, and will always be played for the sheer love of it: if you do not believe me, take a walk to the nearest park or gully, and you will notice unadulterated joy on the faces of the children playing with a plank for a bat and a cloth-wrapped rubber ball.

No, the sport cannot be taken away from them this easily. 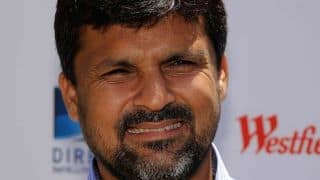