KKR are the current defending champions, and will be fielding strong units once again.

All the glitz and glory of the recently concluded ICC Cricket World Cup 2015 is slowly fading away as India is preparing to welcome the eighth edition of Indian Premier League (IPL), which is just a week away. Its time for some dissection of the strengths and weaknesses all the IPL teams. Sandipan Banerjee previews the defending champions, Kolkata Knight Riders (KKR).

Here comes another Indian summer, and with it another edition of IPL. All the controversies and issues of the World Cup will go out of the window, with T20 cricket taking centre-stage. Now its time to “hit out or get out.” IPL 2015 Auction: Kolkata Knight Riders full list of players bought

IPL means glamour; IPL means action; and one team that has always provided these two elements in this cricket extravaganza is KKR, probably the most followed IPL team around the World. The Shahrukh Khan-owned team has seen an enigmatic turnaround since 2011, and has rapidly climbed the steps of success. It is the only IPL team (as well as the only cricket team in the World) whose success story influenced the Discovery Channel to make a documentary on them. KKR are the current defending champions and they will be fielding a strong unit once again. Lets have an in depth analysis about them. IPL 2015 Auction: Delhi Daredevils full list of players bought

Captain:  Gautam Gambhir is the leader of this team both on and off the field. It is Gambhir’s leadership qualities which transformed KKR from a lower ranked team of IPL to a team which has won two titles in last three years,without a huge pool of players. Their management believes in a small unit which bonds closely. IPL 2015 Auction: Kings XI Punjab full list of players bought

This idea was implemented by Venky Mysore — the CEO of KKR — and Gambhir. The Southpaw is not in the frame of schemes of Indian selectors these days, but his never-say-die attitude kept him going. Gambhir’s aggressive captaincy is one of the important reasons of this team’s good showing. It will once again play a vital role in this season. On a personal note, this IPL is going to be an excellent platform for Gambhir to script a potential comeback in the Indian team. IPL 2015 Auction: Kolkata Knight Riders full list of players bought

Key Indian players: KKR have a talented bunch of Indian players who are desperate to make their mark using the platform of IPL. Apart from Gambhir, players like Robin Uthappa, Manish Pandey, Piyush Chawla, and Umesh Yadav are the classic example of this. The recent form of Umesh in the World Cup (18 wickets in eight games) and the success stories of Uthappa (who was the highest run-scorer in Ranji Trophy 2014-15) and Pandey in domestic tournaments will give the team management high hopes once again. Apart from them, the young guns like Suryakumar Yadav and Kuldeep Yadav will play a vital role. All eyes will be on IPL specialist, Yusuf Pathan, who can win a match single-handedly on his day (though that day comes rarely). IPL 2015 Auction: Mumbai Indians full list of players bought

Key Foreign Players: The most important foreign player of KKR is undoubtedly Sunil Narine, the mystery spinner from Trinidad. In the bowling department, he is the backbone of this team, though there is still doubt about his participation in IPL 8 as his bowling action. His action was reported during the Champion’s League T20 (CLT20) last year, is yet to be cleared by Board of Control for Cricket In India (BCCI). The management is doing their bit to secure his services. IPL 2015 Auction: Rajasthan Royals full list of players bought

As back-up for Narine, KKR have brought veteran Australian Chinaman Brad Hogg. They have acquired the services of all-rounders Azhar Mahmood and Johan Botha, who can be handy in the slow, turning Eden Gardens track. Another key performer Shakib Al Hasan, the Bangladesh all-rounder, who will be available for only their first two games, following which he will be leaving for national duty. In this situation, players like Ryan ten Doeschate, Andre Russell, Morne Morkel, and Pat Cummins have to take more responsibilities this season. IPL 2015 Auction: Royal Challengers Bangalore full list of players bought

Strengths:  The biggest strength of this team is the internal bonding of the team members who always enjoy each other’s success. On the field, their strength is their bowling. KKR have the best bowling unit in IPL. Former Pakistan legend Wasim Akram has done some excellent job with these young bowlers. Akram should be given some credit for the success of Umesh and Mohammed Shami in the World Cup. Akram is the unsung hero of this KKR unit. Another strength of KKR is their home ground and huge crowd support at Eden Gardens. Thanks to the pitch and conditions, beating KKR at Eden is tough ask. IPL 2015 Auction: Full list of players unsold for IPL 8

Weaknesses: There are very few weakness of this well balanced team. One of those is the tendency of the batting unit to crumble under pressure, which has happened many times in past. Another thing which might hamper KKR’s journey in this season is the team’s over dependence upon Narine. KKR are yet to to find out a way to be successful without Narine. IPL 2015 Auction: Chennai Super Kings full list of players bought

Surprise factor: This season KKR have spent huge money to buy a rookie mystery spinner, KC Cariappa. It has been said in media that this young bowler, who is yet to play a Ranji Trophy game, is the next Narine in the making. So his performance will be closely monitor. Cariappa is going to be the surprise factor for KKR in IPL eight.

This is a well balanced unit with almost every based covered. If they play to their potential, the Kolkata based team will once again be the team to beat. 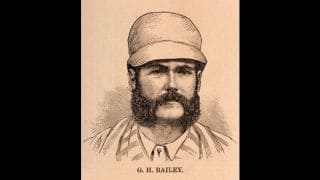