With bowlers like Kagiso Rabada still in the mix, not only South Africa but Test cricket also benefits as a whole.

South Africa played West Indies in the tournament opener of the 2014 U-19 World Cup in UAE. The match was highlighted by high-quality raw pace from both sides. Among the many teenagers, an 18-year-old boy, Kagiso Rabada, stood out with his venomous pace and knack of hitting the right lengths regularly.

I don t think the pace was there today. I think I am much quicker than that, Rabada stated humbly after the match. The statement was a sneak peek into the speedster s attitude in terms of clocking above 90 kph regularly. His figures, 3 for 14 from 8 overs (including a spell of 6-3-9-3), made everyone take instant notice of him. Rabada was quick to point out that he idolised Dale Steyn, and wanted to follow his footsteps in attitude and skills. His then coach Rey Jennings saw a striking similarity between Rabada and his mentor.

At 22, Rabada has played a mere 28 Tests, claiming 135 wickets at 21.45. He is already South Africa s pace spearhead in Steyn s absence and will perhaps play the same role when Steyn returns. He is can be unplayable with those incoming deliveries, unsympathetic with his bouncers, mixes them judiciously and possesses a vicious yorker. Above all, Rabada is a thinking bowler.

Moreover, Rabada s fitness stands out. In only his 9th Test, he rocked Australia s tall batting line-up with a match-winning 9-for at Perth in 2016-18. Skipper Faf du Plessis realised he had a champion bowler at his disposal who would give his all under testing conditions: Every time I said, Are you tired? He said, no, you re not taking the ball out of my hand . That s the sign of a champion bowler for me. He wants to be in the fight the whole time.

If you still think Rabada s heroics as of now aren t extraordinary, there are some glaring facts to back him. From his 11th Test (second innings), Rabada has not gone wicketless even once. In other words, he has provided a wicket in 32 innings on trot. Out of the 32 innings, he has bowled more than 15 overs on 20 occasions. Fitness, consistency and vital contributions have been a regular feature of his career so far.

Not only Steyn, Rabada s numbers challenge those of Wasim Akram and Waqar Younis after 28 Tests. When I say this, I need numbers to back this humongous claim. They are as follows:

Few have come close to matching the skills of Wasim and Waqar, but Rabada has the numbers to boast of his potential and qualities. He is ahead of Wasim in most aspects, but falls short of Waqar s feat. Nonetheless, he is not lagging far behind.

What about the next generation? What about men who have bowled in this decade? Even here Rabada has far superior numbers after 28 Tests.

Rabada can match, or surpass, many with his raw pace but swing doesn t come naturally to him. He does not move the ball in the air as much as Anderson or Broad, but more than makes up for that with relentless stamina, pace and variations. Even at 22, Rabada looks as seasoned as the English duo. More importantly, he has stayed injury-free, despite bowling long spells at serious pace.

Every bowler comes with a bag of tricks up his, or her, sleeves. Some are potent with the new ball, and feel confident of inflicting pain to the opposition s top-order. On the other hand, few are lower order specialists who get rid of the tail-enders in a flash. Rabada is rightly a captain s go-to-bowler; being effective against top, middle and lower order.

In addition, Rabada averages below 7.83 against the lower order; preventing vital runs.

Rabada has been involved in several verbal spats in his short career. He is a fiery character, and likes to be involved in the game at all times. In addition, the opposition is well aware of his aggression, and provoke him unhesitatingly. In the ongoing South Africa-Australia Test series, Rabada s 11-wicket haul (in second Test) was overshadowed due to his shoulder barge on Steven Smith. He lost 3 demerit points and was ruled out of the series. Later, ICC overturned the verdict.

There is a thin line between aggression and controlled aggression. If Rabada is able to distinguish between the two, he will be a force to reckon with in Test cricket. The format s longevity and popularity has been a topic of debate in recent times. With bowlers like Rabada still in the mix, not only South Africa but Test cricket also benefits as a whole. 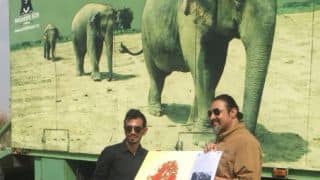