In recent times, T20 has grown sharply, and measures are taken to improve Tests, but the progress in ODI has been stalled

Cricket, over the years, has seen a huge shift in terms of trend and style. Having started off as  five-day games, it slowly shifted emphasis onto 50-over format and finally into T20s. Well, you cannot blame the changes that have come, considering they were done to save the sport from being one-dimensional and boring. The audience and crowd wanted entertainment, they got it. Considering most of the other major sports aren’t time-consuming and go along in an linear format, cricket lovers seek a similar level of intensity and excitement in games, which was most certainly lacking in Tests and started to fade away in ODIs. And you can say, that is why T20 cricket was born. ALSO READ: ICC considering to bring ODI league

The sport was born on the international scene in 1877, when England took on Australia at Melbourne. It marked the beginning of what was to be the birth of cricket. For nearly 100 years, 5-day format ruled the scene, with spectators and players seemingly satisfied. But as they say, one small decision can change the course of the future.

In 1971, Australia and England were set to play a Test against each other. After the first three days were washed out, the match was abandoned, with both sides agreeing to play a one-day, 40 eight-ball overs a side. Unknowingly, they created a new format, which would rule world cricket for the next 40 years. Playing in the white kits and red ball, the ODI cricket back then was nothing like now.

But in mid 1970’s, a certain Kerry Packer came into the fore and changed the cricketing scene forever. His World Series Competition paved way for what would follow. Coloured clothing, matches under floodlights, camera techniques and white ball were all put into the scene. He also was the reason behind players getting paid to play, and become international players. ALSO READ: Cricket Australia supports ICC’s proposal on ODI league

All of this happening and for the good part of next 30 years, one-dayers dominated cricket. On the other side, Test cricket was very much alive, but somewhat under the shadow of the 50-over game. While series’ like Ashes remained important, 50-over World Cup became the pioneer of success. Cricket went on and on and on, and evolved in the ODI period. Third umpires, technology, camera angles, match equipments etc kept on improving, which would benefit the future. But as they say, every good thing comes to end. While ODIs aren’t finished, they have surely taken backstage.

T20 was first time introduced in 2005 in international scene. It garnered worldwide attraction and appreciation. Soon, inaugural T20 World Cup took place in 2007, and the tournament is being held every two years. Combined that with the amount of domestic T20 action, and nearly half of the cricketing season is eaten up by the shortest format. The thing which T20 has provided has been entertainment to fans, and money to boards and players. The idea of only four overs of entertaining action was warmly taken in by the audience.

Why ODI is the best way forward?

It may seem pretty obvious why fans have taken in the T20’s so much. Just like other sports, where the game time is less and filled with action, T20 had the aura to generate excitement. The absolute opposite can be said of Tests, which has lost it’s aura, and is struggling to survive. The 5-day format has been hit so hard that ICC are forced to look beyond conventional ideas to save it’s existence. Day-Night Tests, World series are all ideas which have surfaced in order to save the original cricket format.

Each format has its own good things. No doubt T20 provides excitement and anticipation, but Tests can determine batting technique, concentration, bowler’s skill. Yes, it has been considered boring by certain sections, but isn’t that how it all started.

Stuck in between these two is ODI. So much attention is diverted towards the other two that 50-over cricket seems like a forgotten hero. But then, why is it so? In layman’s word, ODI is the perfect mix of T20 and Tests. If you want a combination of good defense and innovative shots, ODI is the one.

In the 50-over game, both bowlers and batsman have got an equal chance to usurp each other. The pace bowlers get their fair share of swing and movement, and the spin bowlers get turn. And it isn’t like batsman are losing in this. Their batting technique is tested in the early overs, and the skill comes to fore in the later overs. Just like Tests, they can build an innings, and just like T20, they can attack.

The recent clash between England and Sri Lanka is a perfect example of how good the ODI format is. Not too long, not too short. Just perfect enough to build an innings or bowl your opponents. If recent trend is to go by, the authorities are trying very hard to save Test cricket, and T20 cricket is at rise, which leaves ODI high and dry. The format which brought the biggest changes to the game, seems like to have reached its peak.

If ICC and cricket boards are serious about making the game more enterprising, they should have a good think about revamping ODI cricket. For once, if at all cricket is forced into a single format sport, only ODI can keep with up with others, considering it is a blend of T20 and Tests. 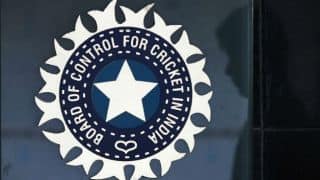