In First-Class cricket there have been four men who scored triple centuries after they turned 40.

But in First-Class cricket there have been four men who scored triple centuries after they turned 40. The oldest of all is WG Grace who scored a triple century at age of more than 48! He scored 301 for Gloucestershire against Sussex at Bristol on August 4, 1896 at the age of 48 years 17 days. The three others to do it at an age of more than 40 are Bobby Abel in 1899, Dave Nourse in 1920 and Patsy Hendren in 1933.

–          Jimmy Cook made his test debut for South Africa in their second test match after readmission into International cricket in 1992 and he was duck out on the very first ball of the match against India at Durban.

–          Dave Nourse was born in England but played First-Class cricket in and Tests for South Africa.

–          Percy Tarilton was the first West Indian to score a triple century in First-Class cricket, in 1920. He is still the oldest from his country to do so.

Two batsmen have completed a triple century on their birthdays — Colin Cowdrey (MCC vs South Australia, 1962) on his 30th birthday and Lamba (Delhi vs Himachal Pradesh, 1995) on his 35th birthday. 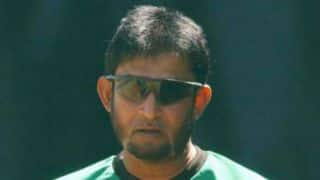