An eager-to-improve Pakistan side, with a fresh, ready-to-explore captain in Sarfraz Ahmed, will be wanting to begin on a positive note.

After a tour, full of peaks and valleys, in England, Pakistan return to their abode in UAE for a series, that will be critical for them in regard of their performances in limited-overs cricket. A supreme, fearless West Indies team are all set to face them, in a T20I series, that will test their character, at their home, away from home. An eager-to-improve Pakistan side, with a fresh, ready-to-explore captain in Sarfraz Ahmed, will be wanting to begin on a positive note. At Dubai International Cricket Stadium, in Dubai itself, they would like to set the tone for the series. And here’s what their likely XI might look like, in the first T20I.

Top Order: The Pakistan top-order’s main man has to be Sharjeel Khan. An attack-minded left hand batsman, who loves to spoil the day for the bowlers, Sharjeel can be a real game-changer. He is a limited-overs expert. His fifty in Pakistan’s record-breaking ODI against England at Trent Bridge, and his swashbuckling century against Ireland, was proof, of his ability. He also scored a half-century in one-off T20I against England. He therefore could be very dangerous. Khalid Latif was another bright spot and he might also feature alongside Sharjeel as opener. Babar Azam could then be seen at No.3. Pakistan’s top-order will have to lay the foundation for the other batsmen to follow, and make full use of the first six overs power-play. READ: Pakistan vs England: Tour full of peaks and valleys, ends with vital questions

Middle Order: The middle-order will be boosted by the inclusion of Umar Akmal. Finishing as the highest run-getter in the National T20 Cup with 363 runs, at an average of 72.60, Umar has done his bit to reach the squad for the West Indies series, now he will have to go one step further and seal his place. He also hit Yasir Arafat for 34 runs in an over in the domestic competition and that explains his magnificent ability to take the attack to the opposition. He can win games singlehandedly. READ: Sarfraz Ahmed expects Pakistan to be at their best in T20Is vs West Indies

Akmal might be followed by Shoaib Malik. Malik’s experience will count for lot. He can score quickly and he can also control the pace of the innings. Malik’s part-time spin might come in handy if the track is on the slower side.

The captain Sarfraz might then come in at No.6. Or he could even come up the order, to add some fire and get some quickfire runs towards the closing stages of the innings. Sarfraz’s captaincy will be more under the spotlight although. If he can somehow manage his boys well, and Pakistan can put up a spirited performance like they did in the last T20I they played, their revival in limited-overs cricket might look like it is after all, possible. READ: Pakistan vs West Indies, 1st T20I: Sarfraz Ahmed vs Sunil Narine and other key battles

Lower Order and Bowling: Imad Wasim, the all-rounder is very much capable of contributing with both bat and ball. he displayed immense talent in the ODIs against England, when he rescued the team from a precarious position and took them to a respectable total. He can keep it nice and tight with his bowling too. He will surely play a big role in the limited-overs series.

A choice between Hasan Ali and Mohammad Nawaz might have to be taken, but Nawaz might get the edge, and feature in the first T20I. Wahab Riaz will also be raring to go. He came back in some fashion in the one-off T20I to pick a match-winning 3 for 18, after getting a hammering in the Trent Bridge game where England scored the highest ODI score-ever. READ: Pakistan vs West Indies, 1st T20I, Preview and Predictions: Riveting contest between two in-form teams

Also, Mohammad Aamer and Sohail Tanvir will have to play crucial parts. Aamer’s batting too, was one of the positives that came out from the ODI series in England. He scored a half-century in the Trent Bridge ODI. But his bowling is where he will have to step up. He of course is someone who has a long future in Pakistan cricket, it’s time he needs to deliver to expectations.

Tanvir on the other hand is a T20 specialist. His change-of-pace deliveries can very handy in conditions where the T20Is will be played. Also, Tanvir needs three more wickets to become the fourth Pakistan bowler, after Shahid Afridi, Umar Gul and Saeed Ajmal, to reach 50 wickets in T20Is. He would be fancying that record. READ: Mickey Arthur: Pakistan need to rebuild ODI side

West Indies might pose a threat to Pakistan’s T20I rankings (they are currently placed at No.7), and therefore to get their campaign going, they need to begin well. Of course West Indies are the No.1 ranked T20 team, and their care-free approach has brought them this success, but what Pakistan will be wary of is the fact that there are plenty of match-winners in the visitors’ team. Not just match-winners, but West Indies’ main strength lies in their all-rounders. Kieron Pollard, Dwayne Bravo, Carlos Brathwaite are all competent T20 specialists. The others are power-hitters as well. They have talents that did well in the Caribbean Premier League (CPL) brought into the team, and they would be certainly relying on them to add more variety to the side. Pakistan will have to be wary, they cannot afford to make mistakes against the best T20 side in the world.

Another talking point prior to the T20 series was the inclusion of Shahid Afridi in one of the T20Is, to give him a farewell, but it doesn’t look like the Pakistan Cricket Board (PCB) has any such idea on their mind now. Anyway, Pakistan don’t need to bother about what is happening off the pitch, and rather, need to concentrate what is happening on it. A courageous display against West Indies, will make the job a bit easier for coach Mickey Arthur, and begin the process for their ascend in the green outfit. 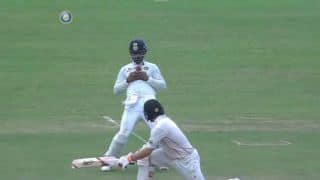 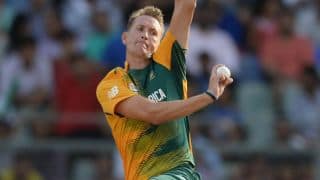