The Ranji Trophy 2013-14 is down to the final four teams vying for a shot at the title. The defending champions and 40 time title holders, Mumbai, have been knocked out of the reckoning by their rivals from the immediate mainland Maharashtra. Mumbai’s eight-wicket defeat to their long-time rivals has sent shockwaves in the city’s cricketing circles. A structure that prides itself on its unique brand of cricket, is today wondering why none of their sides have lifted the national championships; more importantly, the Ranji Trophy.

The defeat was the final blow in a tough season and Mumbai are sure to go back to the drawing board. During the 2013-14 season, Mumbai failed in the under-16, under-19, and under-25 competitions as well. Compare that with last year, when they won the Ranji Trophy and under-25, but were runners-up in under-19. This drastic drop in performance is what is a cause for concern for Mumbai.

Let us focus on the biggest of them all, the Ranji Trophy. Mumbai started as defending champions before bowing out in the quarters. They almost did not make it and were on the verge of elimination when Iqbal Abdulla’s heroic spell against Gujarat scripted another famous turn-around. It was that very character to fight odds that Mumbai cricket is all about. The ‘khadoos’ nature is imbibed by all players that come up as the system produces those quintessentially tough cricketers. Yet, in the quarters, the eight-wicket victory showed otherwise.

However, one must delve into the reasons as to why a team of supposed character that could overcome the odds and scrape through to the quarter-finals, bundled up.. One may say that instability may have been the root cause. This season has seen Mumbai field many youngsters and an unmistakable change of guard. It was a campaign hit by retirements and injuries.

It all started with Ajit Agarkar, the captain who helped Mumbai win last season, calling it a day from cricket. Then, Ramesh Powar, a senior off-spinner who has served Mumbai with distinction for years, moved to Rajasthan. In a stroke, Mumbai lost two seniors and men who have been vital to their success in the late 2000s. Powar may not have played after a point during the previous season, but could have been handy anytime. After all, Mumbai had to summon Pravin Tambe, the 42-year-old to bolster their line-up.

Sachin Tendulkar kicked off the 2013-14 season with a measured 76 not out to help Mumbai beat Haryana on a seaming track at Lahli. He thus bowed out of the domestic cricket in style and prepared for his final salvo at the highest stage. While he hasn’t played too many Ranji games throughout his career, he did form an important part of the Mumbai dressing room last year. His mere presence was inspiring and he backed it up with important knocks in the quarters and the semis.

The star of the previous season, Abhishek Nayar, struggled in the initial games and was then out of the side due to injury. Coming into the tournament, he was in good touch as he played well for India A. However, his failures when coupled with his injury hit Mumbai harder. He did return for the quarters, but couldn’t do much. Dhawal Kulkarni injured himself as well and hasn’t played after November. The youngsters such as Siddhesh Lad and Akbar Khan too were not 100 per cent fit in the course of the season. Plus, Mumbai’s star batsmen, Rohit Sharma and Ajinkya Rahane were with the Indian team and couldn’t appear for their city. In total, Mumbai used 23 players during the season. As Taus Rizvi, DNA’s principal correspondent reported, there have been five different pairs of openers this season.

With so many changes, one may say that Mumbai did have their fair share of difficulties this year. But, it wasn’t so much about the odds as much as it was about the manner in which they lost. Maharashtra outplayed Mumbai in the second innings. After taking a lead of 122 runs, getting bowled out for 129 isn’t acceptable. Furthermore, Kedar Jadhav and Vijay Zol completely dominated the bowling to finish the run-chase. That is what has angered the Mumbai cricket aficionados.

History is replete with some remarkable comebacks in Mumbai. In this case, one may recall the victory in 1971, when Sudhir Naik led a side devoid of heavyweights to the title. Consider this: Sunil Gavaskar, Dilip Sardesai, Ajit Wadekar, Eknath Solkar, Farokh Engineer and Ashok Mankad were away in the Caribbean to play for India. Yet, Naik led his troops to victory and scripted a fairytale some would say. But, that is what is expected from a Mumbai team. 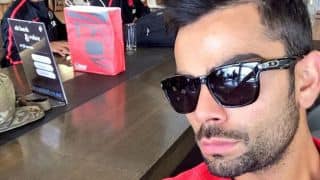