In his email to the BCCI Ombudsman, Gupta, a life member of the MPCA alleged that Tendulkar and Laxman are in breach of Rule 38 of the BCCI constitution.

Indian batting greats Sachin Tendulkar and VVS Laxman have the latest in addition to former India captain Sourav Ganguly, who have been dragged into the Conflict of Interest wrath. Ganguly, the Cricket Association of Bengal (CAB) chief has been under the scanner for his association with Indian Premier League (2019) franchise Delhi Capitals (DC).

According to a report in MID-DAY on Saturday, Sanjeev Gupta, a life member of the Madhya Pradesh Cricket Association (MPCA), has filed a complaint with the BCCI’s ombudsman and ethics officer Justice DK Jain on April 17 where he pointed out that Tendulkar and Laxman too are in violation of the BCCI’s conflict of interest rules as they are a part of the BCCI’s Cricket Advisory Committee (CAC) and are also involved with the IPL teams, sitting often in the team dugouts during matches.

Tendulkar is the Icon of Mumbai Indians (MI), while Laxman is Sunrisers Hyderabad s team Mentor. Ganguly is the Team Advisor Delhi Capitals.

The BCCI ombudsman Justice Jain, who is already dealing with Ganguly’s case, has now got to attend to Gupta s complaint.

In his email to Justice Jain, Gupta alleged that Tendulkar and Laxman are in breach of Rule 38 of the BCCI constitution. He stated that Tendulkar and Laxman are holding more than one post at a time which is in violation of the BCCI constitution. (ALSO READ: BCCI Ombudsman summons Sourav Ganguly on April 20 over alleged Conflict of Interest charge)

Gupta highlighted BCCI Rule 24 (5) which states: “The Head Coach of the National teams shall be appointed by the Cricket Advisory Committee referred in Rule 26 (2) (A) (ii).”

As per Rule 26 (2) (A) (ii), “The Men’s Selection Committee shall consist of five persons to be appointed by a Cricket Advisory Committee comprising of reputed former international Cricketers identified by the BCCI at the Annual General Meeting, subject to the following criteria.”

He said: “With the said two rules, it is very clear that Cricket Advisory Committee is [the] most powerful Cricket Committee with ultimate power to appoint national teams head coaches and men’s selection committee.”

Adding in his email, Gupta alleged that Tendulkar is in violation of conflict of interest Rule 38 (4) (b) [member of CAC] and (j) [any person who is in governance, management or employment of a franchisee] for holding more than one post at a time. (ALSO READ: Sourav Ganguly willing to quit Cricket Advisory Committee to avoid conflict of interest)

As far as Laxman is concerned, Gupta alleged that the Hyderabad batting great has violated conflict of interest rule 38 (4) (b) [member of CAC], (d) [TV commentator] and (j) [any person who is in governance, management or employment of a franchisee].

In Ganguly’s case, Gupta alleged that he has violated conflict of interest rule 38 (4) (b) [member of CAC], (d) [TV commentator], (f) [Administrator/Officer-bearer] (j) [any person who is in governance, management or employment of a franchisee], (m) [Office-bearer of a Member].

“Nobody can evade by blatantly violating the Lodha reforms/Honorable Supreme Court verdict and BCCI constitution rule 38 on the plea of being ‘advisor’ and ‘honorary’. In rule 38 (4) there are many posts which are honorary [but] that does not mean that those post holders can hold more than one post at a time on plea of being ‘honorary’,” Gupta wrote.

To make his point clear, Gupta stressed on the ‘one-man, one-post’ and attached the Supreme Court order dated March 28, 2014 regarding the appointment of Sunil Gavaskar as BCCI’s interim president for the IPL wherein he was not allowed to do commentary for the said period. 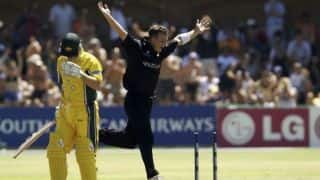