England completed a 2-1 series win over South Africa to compensate for their loss against Pakistan in the UAE.

England continue to make big strides in international cricket, with their latest accomplishment being that of their 2-1 series victory over the struggling South Africans in the latter’s backyard. This victory will come as a major boost for the team in terms of the Test ranking after their heartbreaking 0-2 series loss to Pakistan before this tour. There were a number of match-winners in the side, especially the middle-order, who helped setup the victories for the Alastair Cook-led side. Following are the members of the England squad for the Basil D’Oliveira Trophy, rated on a scale of 1-10 in batting order. Scorecard: South Africa vs England 2015-16, 4th Test at Centurion: Day 5

1. Alastair Cook (3/10): After returning to form in style with a majestic 263 during the tour of UAE, Alastair Cook has had a rather dull series in the South African tour. The England Test skipper, who is the most prolific batsmen produced by his country, gathered a total of 184 runs at an average of 23. He failed in most of his knocks except in the first innings of the fourth Test, in which he top-scored for England along with Joe Root with 76. He also scored 43 during the chase of the 74-run target in the third Test. Cook is just 36 runs away from becoming the first England batsman to complete 10,000 Test runs and will hope to achieve that feat with a big score in his next appearance.

2. Alex Hales (3/10): England’s woes at the top of the batting order continue with the latest disappointment being Alex Hales. While the right-handed batsman is a superb opener in limited-overs alongside Jason Roy, he failed to utilise the opportunity of opening the innings alongside Cook in this series, gathering 136 runs from four games at a poor average of 17. The only time he looked set was in Cape Town, where he impressed with a knock of 60, but his low scores in the other innings may have just led to his exit from the Test side. READ: South Africa’s marks out of 10 vs England

3. Nick Compton (6/10): The South African-born was impressive in the first two Tests of the tour, in which he gathered 194 runs at an average of nearly 50, including top-scoring the first innings of the Durban Test with a patient 85. The next couple of Tests saw him get dismissed either due to plain recklessness (as was the case in the successful chase of the meagre target in Johannesburg), or after getting off to a good start.

4. Joe Root (8/10): Root continues to be the most consistent batsman in the side, and continued his brilliant run with the bat that stretches back to Ashes 2015. Root finished as the third-highest run-getter in the ongoing series, gathering 386 runs from four games at a superb average of 55.14 with an outstanding century under pressure in the Johannesburg Test, as well as three fifties. He was one of the pillars of the England batting order in this series, and could adapt his batting to what the situation demanded.

5. James Taylor (4/10): Taylor has been one of the most consistent batsmen for England, especially in ODIs, and was expected to make a breakthrough into the Test side after getting selected into the squad for the South Africa series. Taylor seemed to have made the most of the chance with scores of 70 and 42 at Durban, but collected a total of 74 runs in the next three Tests at a poor average of 14.8. He still has a long way to go before sealing a long-term spot in the Test side.

6. Ben Stokes (9/10):  Ben Stokes was by far the most outstanding cricketer in the Basil D’Oliveira series in an all-round sense. With a tally of 411 runs at an average 58.71 to emerge the highest run-getter for England, as well as 12 scalps at an average and economy of 29.16 and 3.09 respectively, there will little thinking to do to pick the ‘Man of the Series’. His whirlwind 258 at Cape Town off just 191 deliveries will go down in history as one of the greatest knocks of all time, and had also got breakthroughs at crucial junctures of the game. He is the only player in the series aside from Kagiso Rabada who deserves a rating of nine.

7. Jonny Bairstow (8/10): Jonny Bairstow may have very well pushed Jos Buttler out of the England team, at least in the Test format. Bairstow has been brilliant in the role of the wicketkeeper batsman, collecting 359 runs at an average of 70 and effecting 20 dismissals. His persistence with the bat has helped England reach a position of safety on many an occasion, especially during the first innings of the third Test at Johannesburg.

8. Moeen Ali (6/10): Moeen’s performances in this series were not extraordinary, but he did his job of breaking dangerous-looking partnerships and scoring vital runs down the order, which ultimately makes him an important member of the side in the current setup. Moeen’s best performance with the ball was in the first Test, recording match figures of 7 for 116 as England recorded a crushing 241-run win. His innings of 61 in the first innings of the final Test also helped England avoid follow-on, and reach a respectable score of 342 in response to South Africa’s 475.

9. Chris Woakes (3/10): Woakes finally got an opportunity in this Test series after Steven Finn was ruled out of the final Test due to a side strain. He however, turned out to be a very expensive option in the Test, with the likes of Stephen Cook, Hashim Amla and Quinton de Kock hammering him all over the park. Woakes may have to wait for a while before getting picked in the England playing XI again.

10. Stuart Broad (8/10): Broad played a key role with the ball in both of England’s victories at Durban and Johannesburg respectively. His 4 for 25 in the first innings of the first Test got rid of several key figures in the South African top and middle-order. But it was his haul of 6 for 17 in the second innings of the Johannesburg Test, in which he grabbed five wickets for just one run in the second session of Day Three that has elevated him to another pedestal. The spell changed the course of the match in just one session, bowling South Africa out for a meagre 83. It has also helped him successfully come out of James Anderson’s shadow along with the legendary spell at Trent Bridge during the Ashes 2015.

11. Steven Finn(7/10): If Broad’s 4 for 25 decimated South Africa in the first innings of the Durban Test, then Steven Finn’s 4 for 42, along with Moeen’s three-wicket haul, was key in dismissing South Africa for a mere 174. Finn also bowled a dream spell in the first innings of the third Test, in which he got rid of Hashim Amla with a superb, unplayable delivery that got him caught behind. Finn continued to hurtle several lethal deliveries down in that spell, which helped mount the pressure on the South African middle-order as the collapsed to 225 for seven from 117 for one.

12. James Anderson (5/10): Anderson did not quite live up to the expectations in the series, especially when the conditions were conducive for fast bowling. Especially after his success in the tour of Pakistan. Barring his 3 for 47 in the second innings of the Centurion Test, in which he reduced South Africa to a shaky 49 for three to grab hold of them by the neck, he could not make his presence felt, and his spells were overshadowed by the likes of Broad, Finn and even Ben Stokes. 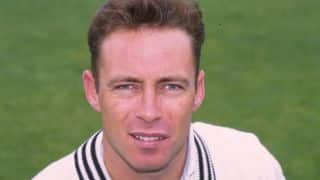 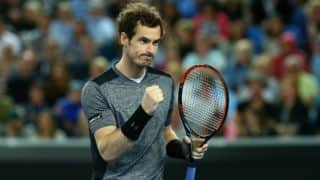