Binny has shown some ability with both bat and ball in his brief international career.

Of all the members in India’s 15-member squad for the ICC Cricket World Cup 2015, the selection of Stuart Binny was the most ridiculed. His impressive all-round showing against England in the third One-Day International (ODI) of the ongoing Australian tri-series will dispel some of those critics, feels Shiamak Unwalla.

Charges of nepotism are frequent — and often accurate — in India. Playing favourites and having the advantage of a powerful surname are gifts that can far outshine talent and effort. When Stuart Binny — son of 1983 World Cup-winning cricketer, and current selector Roger Binny— was included in India’s squad for the ICC World Cup 2015, the N-word was thrown around, albeit in hushed tones.

Some of the more passionate — and thereby less rational — fans resented Stuart’s inclusion in the squad ahead of their beloved Yuvraj Singh; a man whose house was stoned by similar fans after a failure in the final of the ICC World T20 2014.

But if Binny’s performances are taken into consideration, one would see, quite clearly, that he is by far the best pace-bowling all-rounder in India. Irfan Pathan’s fitness remains suspect, while Rishi Dhawan has no international experience whatsoever.  Given that the World Cup is being held Down Under — and since the squad has two (three if one counts Ravichandran Ashwin) spinning all-rounders in Ravindra Jadeja and Akshar Patel — India were in dire need of a pace-bowling all-rounder.

Binny has shown some ability with both bat and ball in his brief international career so far. He scored a classy match-saving 78 on Test debut, and was perhaps a bit unlucky not to play more than three Tests. Another sign of his usefulness is that he averages close to 35 with the bat in First-Class cricket. As for his bowling, few would forget his astounding spell of six for four against Bangladesh in 2014, now the best bowling spell by an Indian in ODIs. Seven matches into his ODI career, he has captured 10 wickets at an average of 15.10 and a strike rate of less than 20.

With his all-round performance against England in the third ODI at Brisbane, he once again gave an illustration of why he deserves to be in the Indian side. He has opened the bowling in each of his last three ODIs, and returned with figures of two for 55, two for 28, and one for 34. In a team replete with wayward pacers, Binny offers a bit of precision; and if at all there is any swing on offer, he becomes a potent weapon.

Under tremendous pressure to perform, with India hopping for cover at 67 for five, Binny responded by being India’s best player on the day, both with bat and ball. The sheer tenacity of the all-rounder was admirable and if he is persisted with, and handled properly, he could potentially play a big part in India’s World Cup title defence; a defence that currently looks shaky at best. 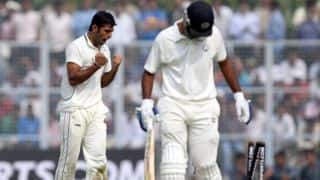 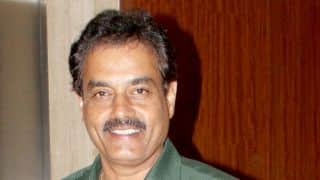