The true romance of Sachin Tendulkar's story lies in his journey, not the destination

The true romance of Sachin Tendulkar's story lies in his journey, not the destination

We have seen how,amidst the controversies,Tendulkar has remained pure and untarnished.

Streets go empty and social life comes to a halt. Heartbeats become louder and expressions more vivid. It is one of those moments, when either there will be unbound joy or the gloom will reign supreme.

Well, it is not any calamity or political upheaval that causes such frenzy. It all happens in India when some Sachin Tendulkar is on his path to yet another glory.

It wouldn’t be an exaggeration to say that Sachin Tendulkar has made a huge impact on Indian psyche and social life. There is special chemistry between him and his fellow countrymen. This bond often transcends the limits of admiration and adulation to border on pure devotion. Every single cricket analyst and writer has tried to find out what has made Tendulkar such a phenomenon.

Rationalists still prefer to play with his statistics. For them, Tendulkar is just a sportsperson and his sporting achievements are the only thing he has accomplished. What they fail to realize is that he is not merely a sportsperson for a cricket-crazy nation.

Forget his records, they are simply milestones. The true romance of Tendulkar’s story lies in his journey, not the destination.

To understand such a deep bond between Tendulkar and us Indians, we will have to rewind into the era of India’s ignominy. India in the late 1980s and 1990s was left in an abject state. Governments explored new limits of corruption. The economy was sinking deeper.

The society in general was sadly divided into Hindus and Muslims. The religion in majority, Hindus, was fragmented into castes and communities. Terrorism had just started to ravage the country.

Such was the situation that a common Indian did not dare to dream. And that was simply because the cost of realizing that dream was just unaffordable. Let alone finding a respite from this agony, people could not even vent out their frustration. There was nobody to speak to and nobody to listen to. At that moment, the then country of 600 million people needed a hero. India needed someone who dared to dream, and people would realize the dream through his eyes.

In such an insane scenario, a tender boy, was asked to erase a million sorrows. He was asked to make people forget about a dysfunctional system, bombed economy and religious tensions. At an age when normal boys take admissions into senior high schools and live a new life, this boy was asked to become a hero this country was so desperately searching for. The demands on him may have seemed unfair, but quite miraculously he did everything he was asked and much more. Sachin Ramesh Tendulkar was truly special.

It was 1989 when, at the age of 16, Sachin made his debut in international cricket. In a few years, he was much more than a sportsman for this frenzied country.

No barriers of religion, caste or language could hold him down. Tendulkar became a member of every Indian family. When they sat for a dinner, in their subliminal emotions, somewhere amongst them he sat there, too. Almost every home had a wall with his poster hanging on it. For a little boy, Tendulkar was his idol, and for a mom he was the son she wished she could have. His boyish charm, pure innocence and dreamy demeanour mesmerised people. His willow weaved magic, and the country, so thirsty for some surreal entity, found her solace.

Tendulkar’s foray into cricket collided with economic reforms of India. When he went on the rampage on cricket field, average Indians looked at him and at the least started to crawl forward. Tendulkar not only erased a million sorrows, he breathed a fresh hope and pure joy in the average Indian’s life.

My generation that was born around his debut has not experienced the dark era of India. All we have seen is resurgence and prosperity, with a share of trademark disparity and the fairy-tale career of Sachin Tendulkar.

We have seen how, amidst the controversies, he has remained pure and untarnished. We have seen how he has handled the expectations of a billion Indians with ease. We have felt his pain when he dealt with bruised body, battered soul and ungrateful critics with silence. His every stroke has resonated with our heartbeats and his achievement with our glory.

Soon enough there will be a day when millions of Indians are going to lose a little piece of their heart. He will retire someday, and the hollow this nation is going to experience is too enormous to even describe. Unfortunately, there is not another Sachin Tendulkar who would ever collect those billion pieces of India and stitch together a similar dream.

This is the true essence of Sachin Tendulkar’s legacy.

(Chinmay Bhandary is an avid fan of pro-wrestling, cricket and tennis. He is a writer, who rather writes as a fan. After writing for numerous websites, he now looks forward to have a gala time with amazing readers of CricketCountry.com) 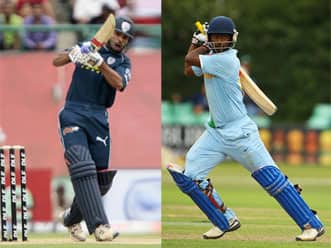