The 27-year-old was a national level table-tennis player before an accidental trial at the Under-14 level spiked his interest in cricket.

Uttarakhand opening batsman Karanveer Kaushal had made headlines by becoming the first player to hit a double-century in the Vijay Hazare Trophy last month against Sikkim, and on his Ranji Trophy debut on Thursday, the 27-year-old made 91 on a green top  at the Rajiv Gandhi International Cricket Stadium in Dehradun against Bihar.

Bihar were blown away earlier in the day for just 60, and the pacy track also accounted for Uttarakhand’s senior pro Vineet Saxena cheaply, but Kaushal had little trouble during his 135-ball knock which contained 11 fours and a six.  Nine runs short of a century on first-class debut, Kaushal chased a wide ball from Bihar captain and India international Pragyan Ojha, which led to his downfall.

“My game has always been attacking, so I always look to charge. It was a bad ball, very wide, but I couldn’t capitalise,” Kaushal told CricketCountry after the day’s play. “A lot of thoughts came to my mind about not playing the shot, being patient, but I scored 91 with those kind of shots only, so I didn’t think much of the dismissal.”

Labelled as a one-day and T20 player earlier in his career, Kaushal’s Vijay Hazare Trophy performances convinced the coaches and captain Rajat Bhatia to try him out in four-day format, and if Thursday’s performance is anything to go by, Uttarakhand probably have got this one right.

“My coaches and captain have a good amount of trust in me. They know if I stay in the middle, runs will come. The don’t advise me much on my technique or style of play, but they give me tremendous amount of support,” said Kaushal, who was the fourth-highest run-getter in the Vijay Hazare Trophy with 489 at an average of 69.85, including three hundreds and a fifty.

Uttarakhand finished day one in Dehradun on 201/7 with a lead of 141 and Kaushal felt that even though he had specific goals in mind before this match and the season, once he came out to bat, everything took a back seat. The priority was to do well for the team.

“I had targets before the start of the match, but once you are there in the middle they don’t matter much. The priority is to do well for the team and today [Thursday], the aim was to play session by session. Those 60 runs too looked very tough to make, but it became easier as I played on,” he said.

Uttarakhand had specific plans for Bihar, who had topped the table in the Vijay Hazare and reached the quarter-finals. Uttarakhand finished second, losing only to Bihar, and laid out a green top to counter their opponent’s spin-heavy attack. Pace bowler Deepak Dhapola’s 6/13 made the execution even better.

“The pitch was a green top and we won the toss and that was a big advantage for us. We knew their spin attack was good, so to counter that we wanted a pace friendly pitch and that worked well for us and our bowlers bowled really well,” said Kaushal.

The 27-year-old was a national level table-tennis player before an accidental trial at the Under-14 level spiked his interest in cricket. Kaushal took cricket seriously after that, but with the Uttarakhand Cricket Association not being affiliated to that BCCI at that point in time, he left, in search of green pastures, for neighbouring Uttar Pradesh.

Despite slogging for nearly ten years on the local circuit, Kaushal failed to breakthrough owing to a lack of support. But with the BCCI adding nine new teams to the fold, he got the platform to showcase his talent and with enough support has had a fantastic start. He believes Uttarakhand has no shortage of cricketing talent and personally, like countless others, harbours the ultimate dream of representing India.

“Uttarakhand has talent in abundance. Players from the state are representing India (Rishabh Pant, who is from Roorkee). We needed this opportunity. Playing for India, the dream is there, but I know it is a long way ahead and I have to perform consistently. Scoring 90s wont be enough, I need to score big and score big consistently for it to happen,” he said. 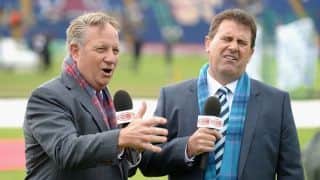