Shreyas Iyer (Mumbai): Shreyas, in his limited opportunities in List A matches has done well and is in red hot form following an excellent run in the Ranji Trophy 2015-16 group stages, where he leads the run-scorers charts with 930 runs. He also has three centuries and four fifties to his name at an astonishing strike rate of 95.48. When Shreyas is on song, he is unstoppable and Mumbai will look up to him to score big runs at the top. READ: Ajinkya Rahane, Rohit Sharma set to miss Mumbai’s Vijay Hazare Trophy opening matches

Rajat Paliwal (Services): Like Shreyas, Paliwal too has had a successful season so far with the bat in the Ranji Trophy, for Services. Paliwal finished with one of the best averages of the group stages, at 68.45. Paliwal has scored four centuries and two half-centuries as well. He averages over 57 in the shorter format and has a strike rate of over 83. He will be a handy batsman coming in at No. 4 for Services.

K Monish (Kerala): Monish is yet to make his List A debut, but has had a dream debut in the Ranji Trophy 2015-16. He finished as the join-highest wicket-taker in the tournament with 49 scalps at 17.91. His figures of 4 for 0 in Kerala’s final match against Himachal Pradesh were outstanding. Sadly, that could not prevent Kerala from crashing out as Himachal Pradesh needed just 24 runs to win the match. Monish is a slow left-arm bowler from Kerala, who is a handy batsman down the order. He has scored a couple of half-centuries and will look to make useful contributions, if called upon in the Vijay Hazare Trophy 2015-16 as well.

Sudip Chatterjee (Bengal): Chatterjee has been in excellent from throughout the Ranji Trophy this season. His conversion rate was staggering and was easily one of the mainstays of Bengal’s batting, which has helped Bengal reach the knockout stages of the tournament. He will have to transform his form into the shorter version. He does not have a particularly good record in the List A format, but given the form he is in, one will not be surprised, if he continues to plunder runs in the Vijay Hazare Trophy 2015-16 as well. READ: Mohammed Shami to return for Bengal in Vijay Hazare Trophy 2015-16

Krishna Das (Assam): Das has had a stupendous season with the ball for Assam. He has picked up 44 wickets in the ongoing Ranji Trophy tournament at a miserly average of 13.47. Only Ravindra Jadeja with 10.55 has a better average. Das has been the backbone of the Assam team and his role in the team has gone a long way in ensuring that Assam qualifies for the knockout stage. He will be entrusted to lead the attack in the Vijay Hazare Trophy 2015-16 as well.

Paras Dogra (Himachal Pradesh): Dogra finished with the highest average in the group stages of the Ranji Trophy 2015-16 season at 78.11. The 31-year-old has a wealth of experience behind him will look to ensure that his team puts up a good show in the tournament.

Ian Dev Singh (Jammu & Kashmir): ID Singh finished off the group stages of the Ranji Trophy on a high, striking three back-to-back centuries, therefore finishing as the second highest run-getter with 773 runs in the tournament so far. Sadly for him and his team, the journey has come to an end as J&K have failed to secure enough points to qualify for the quarter-final. The talented right-handed batsman will be a key part in for J&K in the upcoming limited-overs fixture as well.

Rohan Prem (Kerala): Prem is easily the best batsman from Kerala team at the moment, which boasts of talented batsmen like Sanju Samson. Prem scored 705 runs at 58.75 in the Ranji Trophy group stage. Prem is also a decent part-time off-spinner; however he is very sparingly used. Prem, an experienced campaigner with Kerala, will look to continue his good run of form. 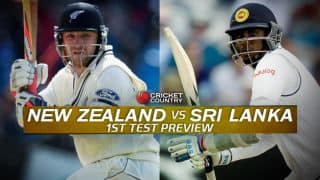 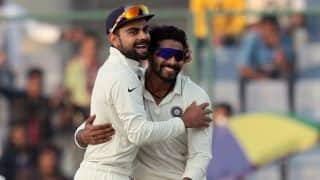