Yasir Shah, Pakistan's 30-year old leg-spinner, not only took the limelight away from Mohammad Aamer at Lord's, he was easily the game-changer for the visitors.

Bill Shankly, the Scottish footballer-turned manager, once said about the beautiful game, “Some people think football is a matter of life and death. I assure you, it’s much more serious than that.” He was right. Well, although no one has really compared cricket to something as such, ‘the Gentlemen’s game’ as we call and preserve it, is simply a game at the end of the day. It is a part of life. But for us, the cricket junkies, a fierce battle between bat and ball makes our day. So, when we were waiting for the first Test between England and Pakistan to begin at Lord’s, we had an idea of how the war of words, ‘trash-talks’ and ‘hostile’ reception of a cricketer would turn into a hard-fought locking of horns battle, almost with sledging expected. LIVE CRICKET SCORECARD: England vs Pakistan , 1st Test match at Lord’s

But, one man stood out, both with his performance as well as his temperament on the pitch. Yasir Shah, Pakistan’s 30-year-old leg-spinner, not only took the limelight away from Mohammad Aamer at Lord’s, he was easily the game-changer for the visitors. Shah, with a short height, short run-up and a Shane Warne-like action, had with his leg-breaks, on a pitch that was not in his favour, created opportunities and wickets in his favour.

The stats do not lie and Shah with his 6 for 72 in England’s first innings has reached a milestone worth acknowledging. He is now just the fifth leg-spinner to take six wickets in a Test innings at Lord s and the only one to achieve it in the last 83 years. He could be the quickest to reach hundred wickets. WATCH: VIDEO: Yasir Shah’s 6-for against England during 1st Test at Lord’s

But what these stats might not tell is what kind of a cricketer Shah is when he is on the field. Shah, with a face resembling the Barcelona football genius Lionel Messi, is quite like him too. The main connection between them they never give up.

Anyway, Shah also doesn’t like to surrender. He can bowl long wicket-less spells or he could bowl without no turn on offer. He has the tenacity and the courage to flight the ball as well. No matter how strong or how settled the batsman is, Shah will flight the ball. That is, probably, something that not all leg-spinners have the guts to do, when they are hit. With the bat, he might add some valuable runs too. He could hang in with a settled batsman at the other end, or go his own way. But in spite of all this, the best quality about him is a characteristic not many have. His smile.

But that does not mean he is casual about things. No. Shah gives every ounce of his energy, plays with passion and most importantly as a leg-spin bowler, bowls with heart.

And sometimes, in cricket, what is a treat to watch is not only a hard-fought contest or a nail-biting finish, a smile in the heat of the moment does the trick quite often as well. At least for the eyes watching the game closely. 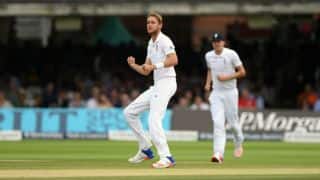