This is quite sensational – and incredibly bold, bizarre and desperate. One would never have believed it, had it not come from the undercover Wikileaks – no less.

Away from the prying eyes of India’s media hounds and even away from Indian team members, captain Mahendra Singh Dhoni and coach Gary Kirsten met at an undisclosed destination whose security would have done Fort Knox proud. This was not just another meeting. It was a Top Secret plot that Dhoni had masterminded in conjunction with the BCCI. There was one hitch: The plan was possible only if one man agreed – Sachin Tendulkar. “Operation TRS” (reverse of SRT and short for Sachin Ramesh Tendulkar) was extremely dangerous.

Kirsten and Dhoni huddled in the conclave to plot a new strategy that would help India win the World Cup. It was a desperate situation and the solutions were desperate. Both men agreed that the World Cup can only be won by Indian by minimizing the reliance on the rest of the Indian team! But what was shocking was the modus operandi unveiled by Dhoni.

Excerpts from the conclave:

Dhoni: Gary, we have to accept it: this team cannot be relied upon any longer to win the World Cup and make our common dream come true. We have to think of something revolutionary.

Dhoni: Sachin has to do more than what he has done so far.

Kirsten: What?! What more can he do? He has scored two scored hundreds in this World Cup , has thrown himself on the field like a 22-year-old and has been sharing with the team all the wisdom that he gained over 22 years in international cricket. What more can he do?

Dhoni: This may seem bizarre, but this is the only way I think India has any hopes of winning the World Cup.

Dhoni: You got to get Sachin to bowl… not as stop-gap, but as a front-line bowler… ten full overs.

Kirsten: Are your crazy? He is not a bowler, MS.

Dhoni: Says who? He has got 154 wickets in ODIs. Jog your memory to the Hero Cup semi-final against South Africa. None of India’s frontline bowlers wanted to bowl that decisive last over against South Africa. Just six runs were needed and South Africa had Brian McMillan at the crease. And Sachin bowled India to victory in the cauldron of Eden. How could you forget that! You are a South African!

Kirsten: But Sachin can’t run through sides with his bowling.

Kirsten: But that was long time ago… Anyways, if that’s what you want, I’ll ask Sachin to bowl 10 overs.

Dhoni: Gary, that’s not all! You need to ask Sachin to bowl more than 10 overs!

Kirsten: Did you have one peg too many, MS!

Dhoni: You know I don’t have alcohol. I have read the rule book well. And after consulting a high-powered legal team of the BCCI, I’m advised that we can punch holes in the wording of the rule book which will allow Sachin to bowl 10 overs of left-arm!

Kirsten: I’m convinced, you have not had alcohol; you are on drugs!

Dhoni: I come from a very principled family whose value systems are very strong. I don’t even know what drugs look like. I’m merely punching holes in the rule book, much like Greg Chappell did when he asked his brother Trevor to bowl underarm. By the time the ICC makes amendments to the rules, we would have achieved our goal of winning the World Cup. I’m convinced that if Sachin bowls left-handed at 50% of his ability, he would exercise greater control than Ashish, Munaf and Sree. And what’s the big deal about being left-handed? Sachin is left-handed as well. Everybody knows that. The world has seen him signing autographs left-handed.

Kirsten: So you want me to ask Sachin to bowl 20 overs? Anything else?

Dhoni: I want you to get Sachin to bowl 30 overs.

Kirsten: I think you need to get a MRI of your brain. NOW! You have lost it, MS. No doubt about that. Stop reading the newspapers, watching TV and giving so much importance to what’s said on Facebook and Twitter and you will be less stressed out.

Dhoni: Chill, Gary. Just hear my plan in it’s entirely… Sometime during the course of the game and before he has bowled a single ball, Piyush (Chawla) will leave the field to go into the dressing room and a substitute will take his place. In the next over, Sachin will also go inside the pavilion and another substitute will take his place in the field… an expert quick-change artist,  flown especially from America, will be in the dressing room…

Kirsten: Can we talk tomorrow when you are sane – hopefully?

Dhoni: All visionaries who thought out of the box have been laughed at, so I don’t blame you for laughing at me. Allow me to complete what I have to say…

Kirsten: You think nobody would find out that it’s Sachin masquerading as Piyush?

Dhoni: Nobody in the world would ever doubt Sachin’s credibility. He is God! How can God lie? Oh, I forgot… During the makeover, a Hollywood whiz who will be part of the operation would stretch a Piyush-lookalike rubber mask over Sachin’s face. Trust me, even Piyush’s mom won’t recognize that it’s not her son!

Dhoni: I want you to get Sachin to bowl 10 of Piyush’s overs as well!!!

Kirsten: I think I’m going to faint. Let me leave…

Dhoni: Relax, Gary. Sachin turns the leg-spin long way more than Piyush can ever hope to. With Sachin bowling 30 overs, Zaheer and Ashwin bowling 10 each, our bowling would suddenly look brilliant. As a backup, we have Yuvi.

Kirsten: This is crazy.

Dhoni: No, this is cricket’s Mahabharat. You should have been the Krishna, but somehow I have to be the Krishna and you are the Arjuna. I know Sachin is very correct and extremely conscientious, but sometimes white lies have to be told if Dharma has to prevail. Even Yudishtra – the epitome of truth – had to lie to his guru Droncharya on the advice of Lord Krishna. Tell Sachin that his Dharma is towards his motherland. It’s his duty to defend her at ALL COSTS. Ask him to reflect at the number of times he was given out by biased umpires. Ask him to think of the times the Kalyug ka Raavans adopted foul means to get his wicket. All that I’m imploring you is to ask him to protect Team India from outside forces… and, if I may say so, even inside forces! Sachin is very patriotic and he is also very devout Hindu. Appeal to those two reasons.

Dhoni: All is fair in love and war. And the World Cup is cricket’s World War!

Kirsten: But the batting problem remains, MS. The team has embarrassingly collapsed far too often in the qualifying stage of this World Cup.

Dhoni: I have a plan for that as well!

Kirsten: Now what else?!!

Dhoni: My plan goes thus… Unlike his normal practice, Sachin will take strike to the first ball of the innings. And then take a single off the last ball… and he will have to be asked to continue keep taking singles off the last ball of every over … till the 50th over if we bat first or till our target is achieved, if we are chasing!

Kirsten: I saw a Hindi movie recently… (scratching his bald head) what is the name? …. yes, Sholay! In that there is a dialogue (Kirsten says in his South African accent) …”Gabbar ko pakkadna hai, aur who bhi zinda! Gabbar koi bakri ka baccha hai?” You made it sound as sound so simple MS!

Dhoni: Look at the mountain of records Sachin has created. Did anybody in his wildest of fantasies ever think all those were possible? Yet he achieved it. There is nothing Sachin can’t. There is always a first time, and for that first time there is nobody better than Sachin! If you get Sachin to follow my plan, he can bat 50 overs all by himself! Now see the probability of India winning the World Cup with Sachin batting the FULL 50 overs and bowling 30 overs! That’s 80 overs in Sachin’s control! Wow!

By the way, this is the plan for the quarter-final game against Australia. If you can get Sachin to implement my plan and win the game, then India lifting the World Cup itself is assured. The semi-final and final have been taken care. Now I don’t know how, but I’m told they have been! We don’t have to do anything other than just go out and play without any pressure of winning! It’s difficult to strike deals with Australia, hence my master plan is for Australia.

I would like to reveal a secret. The Aussies will be forced by the umpires into going for their two UDRS very early in the game. After which decisions will be in our favour as they would have exhausted their two referral options. Everything has been planned to perfection. It’s a high-powered operation involving lot of power people in high places.

Kirsten: What if your grand plan fails. Is their a Plan B?

Dhoni: Of course! If things go completely awry, Plan B is to fake a terrorist attack! “Terrorists’ would be taking positions at strategic places in the ground before the game against Australia starts. A Supreme Commander appointed for this very purpose will be told if and when to give the green signal to the ‘terrorists’ to create panic – mind you, there will not be any killings. Once the ‘terrorists’ swing into action, a Swift Action Force (SAF) would huddle the Australian team into safety. The Australian team management would be informed about the ‘terrorists’ and give them the choice of staying back or getting airlifted out of the country in a waiting chopper next to the stadium. You know the Aussies… they chickened out of the Sri Lankan leg in the 1996 World Cup due to fear of terror attacks. They WILL leave. Once we know that they are well and gone, it would be announced that the ‘terror’ attack was a prank – an advance April 1 joke. Of course, the ‘terrorists’ would be ‘captured’ and taken to an unknown destination. In reality, the ‘unknown destination’ is Andamans, where they will be on a fully-paid vacation with their families! Since the Aussies would have packed off, the match would be forfeited to India.

I know you can be trusted and that’s why I’m confiding what I’m going to tell you now. Please don’t reveal it to anybody. Actually Sharad Pawar is part of the master plan. He wants India to win the World Cup during his tenure as ICC president. He also wants to get back at the Aussies by ensuring that they can’t shove him off the stage during the post-presentation photo-shoot by the global media! And for that to happen, the Aussies would have to be stopped in the quarter-final itself!

When the nation of 1 billion celebrates India’s World Cup triumph, the terror prank will be forgotten… and the IPL that starts six days after the end of the World Cup will ensure that!

You and Sachin can go back to your respective families and live happily ever after with your common dream of winning the World Cup fulfilled! And, yes, my dream to figure in the Forbes List of richest men in the world would also take a giant leap!

(Disclaimer: The above piece is pure fiction. It’s just a spoof and none of the incidents mentioned ever took place nor anything about the people mentioned in the article is true) 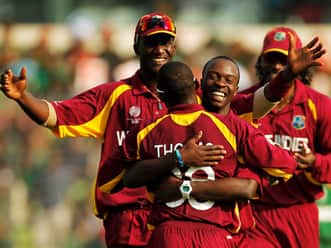 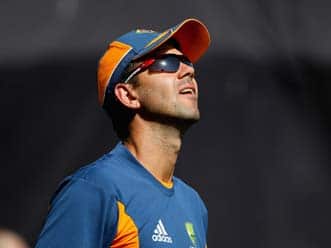