In the build-up to the ICC Cricket World Cup 2019, CricketCountry brings you the most memorable moments and matches from the tournament over the years right from its first edition, way back in 1975. With 17 days to go, in our latest World Cup Countdown we recap the second edition of the tournament, held in 1979 in England.

The weather wasn t as shiny as it had been four years earlier the fixture been eventual winners West Indies and Sri Lanka at The Oval was washed out before a ball could be bowled and England vs Canada played out across two days at Old Trafford but the Prudential Cup was a success from June 9 to June 23.

West Indies arrived in England as favourites to retain their title and they duly did, having decided shortly before the tournament to include all those contracted to Kerry Packer s World Series Cricket. Pakistan opted to do the same but Australia didn t, including a series of virtually unknown players, and paid the price.

West Indies were away from the start, topping their group with two wins and the no-result against Sri Lanka, who upset India by 47 runs at Old Trafford. South Africa were yet again ignored for the showpiece event, owing to apartheid, and so to make up the numbers a separate tournament, called the ICC Trophy, was held and from it emerged two minor teams, Sri Lanka and Canada.

India floundered for the second World Cup running, while New Zealand s band of bits-and-pieces players carried them into the semi-finals. England won all their league matches, including a thriller at Headingley, and Pakistan also qualified. Half-centuries to Mike Brearley and Graham Gooch outdid New Zealand at Old Trafford, though just by nine runs, while at The Oval West Indies overcame a bout of jitters, thanks to some canny bowling from Viv Richards, to enter their second final.

West Indies defeated hosts England by 92 runs in the final at Lord’s on June 23. While Clive Lloyd had smashed the title-winning century four years earlier at the same venue, it was Richards who emulated his captain in 1979, smashing 11 boundaries and three sixes on his way to an unbeaten 138 off 157 balls.

Starring alongside Richards was Collis King, who slammed 86 from 66 balls in an assault remembered till date for his ferocity. Chasing a mammoth 287, England s openers Brearley and Geoff Boycott used up more than half their overs in compiling a 129-run stand and left too much for the rest of the batting line-up. Joel Garner was at his menacing best, mixing vicious yorkers with short stuff, and collected 5/36 as England slid from 183/2 to 194 all out.

As they had in 1975, the Prudential Assurance Company put in the money, except this time two and a half times as much. Gate receipts came to 359,700, almost double the 188,000 for the inaugural competition and the surplus of 350,000 was shared between the full and associate members of the International Cricket Conference. 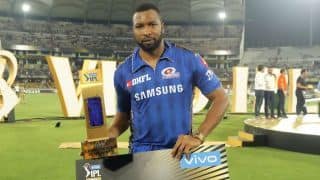 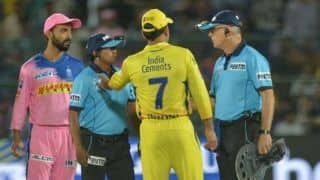