BCCI may consider recalling Yuvraj, Harbhajan, Zaheer, and Sehwag for the Bangladesh tour as a swansong.

Reports emerged on Sunday that Virender Sehwag, Yuvraj Singh, Harbhajan Singh, and Zaheer Khan may be given a farewell series on the tour to Bangladesh. Nishad Pai Vaidya writes that it seems to be an absurd idea on many counts.

On June 7, 2011, football legend Ronaldo bid farewell to the game in a swansong match for Brazil against Romania. One of the greatest strikers to have played for Brazil, Ronaldo wasn’t a part of their plans after the 2006 World Cup. However, the authorities wanted to honour him for all his contributions and organised the game to bid adieu to one of their finest players.

“Ronaldo deserves a farewell match and the supporters deserve seeing him playing for the last time in the Brazil national team jersey and in a Brazilian stadium,” said the Brazilian football body’s chief. It was truly a remarkable tribute by a great footballing nation to one of its greatest. In recent memory, there is no other sportsman who has been accorded such an honour at the highest level in any sport.

Some may compare such a farewell with that of Sachin Tendulkar’s in 2013. However, Tendulkar was a part of the Indian Test team at the time and wasn’t called out of exile like Ronaldo. That comeback to national colours is what made his farewell all the more special as they accommodated a game only in tribute of his contributions. One’s mind would also go back to 2011, when Sanath Jayasuriya was included in the Sri Lankan one-day side for the tour of England after a long absence. He called it a day after the first One-Day International (ODI) at The Oval. As India’s tour to Bangladesh comes closer, there is a word in the media that the board may consider recalling Yuvraj Singh, Harbhajan Singh, Zaheer Khan, and Virender Sehwag for the tour as a swansong. At the outset, it seems an absurd idea. READ: Yuvraj Singh — have we seen the last of the man who won India three World Cups?

Mail Today quoted a board official saying, “What they have done for Team India in the past decade will be hard to match. But as is the case with every sport, time does catch up with you. So we are thinking about giving them an opportunity to go to Bangladesh and sign off on a high. Some people may term it an emotional decision, but so what? But yes, the idea needs the approval of national selectors.” So, it is only a thought as of now. But, is it the farewell they deserve if they are to be given one? READ: The end is nigh for Virender Sehwag

The quartet has contributed a lot to India for over a decade. They formed the core of India’s victory in the ICC Cricket World Cup 2011, which was the biggest moment of their respective careers. But, the Bangladesh tour is an opportunity for the team to build in Test cricket and also carry on the good work in One-Day Internationals (ODIs). This isn’t a one-off game we are talking about, but a whole series. Sehwag doesn’t seem fit for the highest level, Yuvraj has looked out of sorts, Zaheer’s fitness is always a concern and Harbhajan isn’t exactly the leading spinner in India. To make them play a whole series may not be a wise move as India can ill afford to take Bangladesh lightly. READ: Zaheer Khan in Delhi Daredevils: Can IPL 2015 be a comeback trail for India’s premier pacer?

Also, if they are mulling thoughts of a send-off, it better be in India and not away from home. They cannot be sent on a tour abroad, when some others are taking a break and call it a send-off. And, at the end of the day, the team comes first and if it is not in the interests of the team, it should not be done. The ball is in the selector’s court. This panel has taken some brave decisions in the past and one feels this idea too may be rejected. READ: End of the road for India’s champion cricketers? 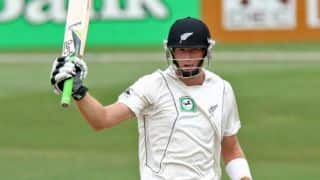