Dav Whatmore reveals his thoughts on Zimbabwe's upcoming tour in an interview to PakPassion.net.

Dav Whatmore has a special affinity for Pakistan where he spent two years as the country’s Head Coach. Now confirmed as the Head Coach for Zimbabwe for the next four years, Whatmore will be returning to Lahore in May as part of the historic cricket tour of Pakistan by Zimbabwe, the first to be undertaken by a full ICC member since the tragic events of March 2009.

In exclusive remarks to PakPassion.net, Dav Whatmore, who was Pakistan’s Head coach from 2012-2014, spoke on a variety of topics including his delight at the opportunity to visit Pakistan again, the efforts made by both Boards in arranging this historic tour, what Zimbabwe wish to achieve on this tour and the possibility of other international teams visiting Pakistan in the future.

PakPassion.net (PP): How does it feel to be the coach of the first international team returning to Pakistan after the tragic events of 2009?

Dav Whatmore (DW): Having worked with in Pakistan over 2 years, I appreciate the difficulty of promoting the game successfully when there are no international fixtures. It is a sad fact but it is what it is, however Zimbabwe now will be the first full member team to tour Pakistan in a short 2 week series. Personally I am pleased to visit Lahore again and engage in competition in what should be a keenly fought contest. I also look forward to reacquainting with friends.

PP: Excited about returning to Pakistan where of course you are still fondly remembered?

DW: Yes definitely, I am very much excited to be returning to Pakistan.

PP: Is it fair to say that your input was crucial in making this tour of Pakistan happen?

DW: I don’t think so. Alistair Campbell was very much central to the negotiations after both managements met prior to our ICC Cricket World Cup 2015 match in Brisbane. I guess it helped that I was a previous coach and had resided in Lahore for a two-year period.

PP: How much did you have to convince the players and Board that touring Pakistan was the right thing to do?

DW: I did not have to convince anyone. Zimbabwe Cricket put in plenty of hours in bringing about this tour and we as players and support staff are keen to come over and put on a good show for the public.

PP: Your thoughts on why the matches are only being played in Lahore?

DW: Lahore seems to be the favoured destination. It is the Headquarters of the PCB and has good facilities. This decision was taken after careful consultation between the two Boards.

PP: Do you feel this could be the start of other international teams touring Pakistan?

DW: I am sure this series will be viewed with great interest all over the world, and not just for the cricketing results. I am confident that the trip will go smoothly and it will certainly assist the PCB in attracting other international teams to visit Pakistan in the future.

PP: What are Zimbabwe’s aims for this tour, especially given that the team impressed during the World Cup?

DW: Our aims are simply to WIN. Whilst we were competitive in all 2015 World Cup matches, we just couldn’t get over the line. There are definite reasons for this, and beginning to engage with Pakistan will assist us to put together a set of fixtures that look like a normal full member’s schedule.

PP: How big a loss is Brendan Taylor for Zimbabwe cricket?

DW: Brendan Taylor’s loss to Nottinghamshire is huge. He will be sorely missed but we need to cover this as best we can. Not only was he a great batsman, but also doubled up as a wicket keeper. Needless to say we shall try and recover from this loss. 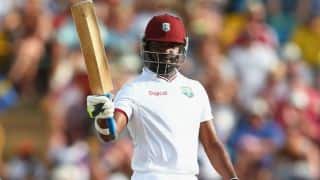 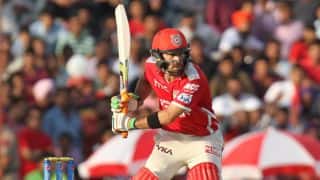 Glenn Maxwell: The fine thread between glory and fury