Hobbs was a legend of his era and is still remembered for his contribution towards cricket.

Sir Jack Hobbs was a legendary English cricketer and one of the most prolific cricketers to have played the game. He has massive records to his name and ended his career on a high. Hobbs has more centuries to his name after he finished the age of 40. He is also the oldest ton scorer when he slammed one century at the age of 46.

Hobbs was famously known as ‘The Master’ for his flawless style of play. He was undoubtedly one of the greats to have played the game and many critics and cricketers spoke highly about him. Hobbs’ partnerships with another legend Herbert Sutcliffe makes one of the most interesting tales in cricket fraternity.

Hobbs had 199 First-Class centuries to his name and fell just short of one to complete the double ton of centuries. Hobbs featured in 834 First-Class games and scored 61,760 runs. After making his debut in 1908 against Australia at Melbourne, Hobbs had a phenomenal average of 56.94 along with 15 centuries in his 61 Tests.  Hobbs was a legend of his era and is still remembered for his contribution towards cricket. CricLife presents some famous quotes which cricket greats and critics said about the genius. 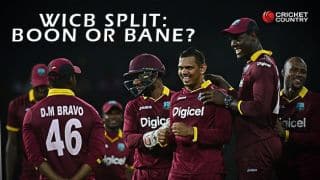