Australian legendary all-rounder has served as a long-time president of the New South Wales Cricket Association and SCG trust.

Australian legendary all-rounder Alan Davidson was honoured by Sydney Cricket Ground (SCG) after his name was immortalised when the stadium named the member’s entry gate after him.

Davidson has served as a long-time president of the New South Wales Cricket Association and SCG trust. The 85-year old had one of his greatest feats at the ground commemorated on the plaque that was unveiled last week.

The plaque acknowledged Davidson’s ability to take wickets and swing the ball both ways, and also the fact that he possibly hit the biggest six ever seen at the SCG.

The New South Wales cricketer was a hard-hitting lower-order left-handed batsman, and an outstanding left-arm fast-medium opening bowler. In an international career spanning 10 years, he played 44 Tests for Australia. 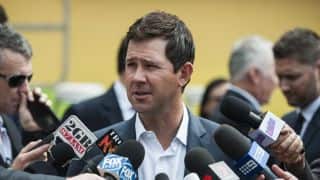