Anil Kumble was picked over Tom Moody, not Ravi Shastri

Anil Kumble was picked over Tom Moody, not Ravi Shastri

Yes, it was always believed that Shastri was the biggest competitor but the reality was something else.

Since the appointment of Anil Kumble as head coach of India, Ravi Shastri has been giving statements which has not gone well with many fans. First, he revealed that Sourav Ganguly was not present during his interview and in reply, the former Indian captain ignored it by saying “The (coach selection) interview is absolutely confidential. I don’t want to talk about Shastri’s comment. You should also ask the other members of the (cricket) advisory committee.” Also Read: Sourav Ganguly ignores commenting on Ravi Shastri

Shastri didn’t stop there and once again lashed out at Ganguly by saying, “It’s nothing to do with Sourav, but I am disappointed because that person was disrespectful of the candidate who was going to be interviewed and disrespectful of the job he was entrusted to do.”

The former Indian cricketer was always considered to be the frontrunner in the race of India’s next head coach but a report and most feel that in the end, it was down to him and Kumble. However, a new report states something completely different and hopefully that can make Shastri stop making such comments. Yes, it was always believed that Shastri was the biggest competitor but the reality was something else. Also Read: Why Rahul Dravid did not become the head coach of Team India

As reported by Indian Express, it was not Shastri but in fact, it was former Australian cricketer and experienced coach Tom Moody was competing with Kumble in the final chase. The task to pick India’s next head coach was given in the hands of former Cricket Advisory Committee (CAC) members comprising Ganguly, Sachin Tendulkar and VVS Laxman.

A source from BCCI confirmed that the CAC members picked Moody and Kumble for the final discussion over India’s next head coach and Shastri wasn’t on the picture. Shastri was the team director of India till the ICC World T20 2016 since India’s tour of England in 2014. He also applied for this position and submitted his presentation in advance and gave an interview by video link from Bangkok during the coach selection at a hotel in Kolkata on June 21.

Since Shastri was not in the race but was the core member of Indian team since 2014, the CAC members wanted him still to be the part of the side as the batting coach but then BCCI secretary Ajay Shirke reminded them their job is only to select the head coach and nothing else. “It was a long meeting, which lasted seven-eight hours. Ideas were bounced off. Yes, the panel recommended Shastri’s name as batting coach, at which point I intervened. The committee’s mandate was restricted to appointing the head coach of the Indian team and I just reminded them that,” said Shirke.

Coming to the topic of support staff, Shirke added, “We have taken a decision that like all professional sporting set-ups, the head coach will bring his own team of support staff. The BCCI is striving for transparency, professionalism and excellence.”

How Kumble was finalised

After the fall of Shastri as the contender for India’s next head coach, the CAC members sought feedback from India’s current Test skipper Virat Kohli over Kumble and Moody. Kohli was in favour of Kumble in order to improve Indian spinners overseas performance. Kohli has also shared the dressing room with Kumble during in his early days with Royal Challengers Bangalore (RCB). Many sections of the media had reported that Kohli was backing Shastri for this job. Also Read: Ravi Shastri’s verbal volleys continue; lashes out at “disrespectful” Sourav Ganguly

A BCCI source confirmed Indian Express, “Kumble’s name was finalised following feedback from Kohli. Both Kumble and Moody gave very impressive presentations. In fact, the Australian became a serious choice, given his coaching pedigree. But Kohli wanted Kumble with an eye to improve the performance of the spinners overseas. Spinners don’t win us Tests outside the subcontinent and Kohli felt Kumble could play an important role in this regard.” 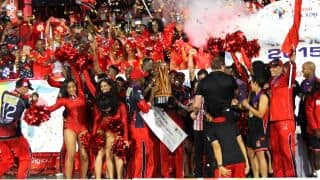 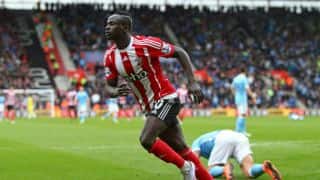