The Indian Premier League (IPL) has been a boon for many domestic players. Not just monetarily but also the chance to use the platform to play for the country. A few have gone on to play for India, thanks to their performances in the IPL, but many have not. The young right-handed batsman is counted amongst the most promising batsmen in the country. He started off with Kolkata Knight Riders in 2010, but found his feet with the Kings XI Punjab. Mandeep shined in 2012 when his consistent performances won him the Rising Star of the Tournament Award. However, in 2014, he failed to nail a spot at the top and is now a part of the Royal Challengers Bangalore. An opportunity to open the batting with Chris Gayle beckons!

Mayank Agarwal started off with the Royal Challengers Bangalore in 2011 and had a few good outings spread over three years. From opening the batting with Chris Gayle, Agarwal moved down the order at one stage. His talent was obvious as he could hit the ball cleanly. He technique is solid as well. In 2014, Delhi Daredevils picked him at the auction and he could be one of the young guns to watch out for in the IPL season ahead. Manan Vohra grabbed the headlines when Kings XI Punjab retained him along with David Miller ahead of the IPL 2014 auctions. That a youngster who had played a handful of IPL matches was retained ahead of some of the more established names surprised many. However, come the IPL 2014, he showcased his talent with a good performance at the top. Manan s aggressive batting won him many laurels and showed that he is one for the future. Manvinder Bisla is a very curious case. As a youngster, he started off as a seamer and then transformed into a wicketkeeper-batsman. In the IPL, he has represented Deccan Chargers, Kings XI Punjab and the Kolkata Knight Riders. Who can forget his match-winning fifty in the IPL 2012 final against the Chennai Super Kings! His knock helped Kolkata Knight Riders lifted its first title! Bisla is yet to replicate a performance of that calibre, although he has had a couple of good outings since. In 2015, he will represent the Royal Challengers Bangalore. Mithun Manhas has been one of the most consistent players in Indian domestic cricket. Sadly, he has not made the transition to the highest level as India then had an enviable middle order. In the IPL, Manhas has played for the Delhi Daredevils, Pune Warriors India and the Chennai Super Kings. In the past seasons, he wasn t able to seal his spot, but things may change under MS Dhoni s leadership for he is finding a role in the middle order. Manhas Delhi teammate, Rajat Bhatia, is another case of a good player missing out on higher laurels. Along with Manhas, Bhatia has been one of the mainstays for Delhi. However, in the IPL, he has made a name as a utility player as his nagging seamers restrict the batsmen in the middle overs. He rarely gets a chance to bat and it is his economical bowling that is his USP. With the rich experience of having made his First-Class debut in 1999-2000 season, Bhatia takes over as skipper of this XI. Another utility all-rounder in the Bhatia-mould, although a lot quicker with the ball. The Himachal Pradesh player started off with the Mumbai Indians, providing them crucial balance in their XI during their title triumph in IPL 2013. He is now a part of the Kings XI Punjab, where he would be gunning for a more consistent run in the side. The Mumbai left-arm spinner is one of the known faces in domestic cricket and the IPL. Abdulla played a crucial role for the Kolkata Knight Riders before Sunil Narine came to the party in 2012. In 2011, he was the Rising Star. He can be accurate with the ball and make run-scoring difficult. Although a decent batsman, Abdulla is mainly relied upon for his bowling. A seamer in the Praveen Kumar-mould, Sandeep Sharma relies on movement than pace. What he lacks in pace, he can make up for it in copious movement and accurate lines. Sandeep was one of the star performers for Kings XI Punjab in 2014 as he backed the pace of Mitchell Johnson with his wily seamers.

A young fast bowler with a slingy and wrong-footed action, Jasprit Bumrah can be a tricky bowler on his day. Although a wiry frame, the youngster can work some pace, making it a bit awkward for the batsmen with his sling. Bumrah has been in the Mumbai Indians setup for a couple of years and has grown in domestic cricket. Last year, he made it into the India A side, which shows that he is making steady progress. Perhaps one of the most iconic fairytales in the IPL! At the age of 41, Tambe was picked by the Rajasthan Royals in 2013. The Mumbai leg-spinner hadn t played any domestic cricket, but made it through to the IPL with firm belief. And, he lived his dream when he was one of the stars in the Champions League T20 (CLT20) 2013. That also helped him with the coveted Mumbai cap in the Ranji Trophy. Tambe shows that age is nothing but a number for he continues to be one of Rajasthan s main players. He is an inspiration to many.

(Nishad Pai Vaidya is a Correspondent with CricketCountry and anchor for the site s YouTube Channel. His Twitter handle is @nishad_45. The above article was first published in CricketCountry) 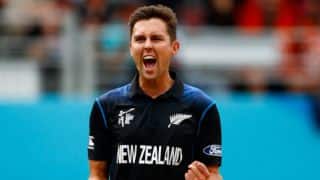