England have now scalped another series win, this time downing Pakistan. On this occasion we present England’s All-Time ODI XI.

England have played three World Cup finals (1979, 1987 and 1992) but ODI cricket is a format they have never really focused on. It is a surprise because they have hosted 4 ODI World Cups and are on the verge of hosting a fifth. However, things have changed for good, especially after a dismal campaign in World Cup 2015. The team that registered their first score in excess of 400 in 2015, and have now gone on to notch up a record by posting ODI cricket’s highest total — 444 — in the 3rd ODI against Pakistan at Trent Bridge. ALSO READ: Sri Lanka All-Time ODI XI

England seem to have woken up to the reality check of their fans’ expectation. Champions Trophy 2017 and World Cup 2019 are at home. These are their best opportunities to lay hands on two of cricket’s most coveted trophies.

England are seeing a resurgence in their ODI fortunes under captain Eoin Morgan. They have now scalped another series win, this time downing Pakistan. On this occasion Suvajit Mustafi picks England’s All-Time ODI XI.

No, there is no Alex Hales, yet. His 171 was a brute force no doubt but he will have score consistently for a few years to stand a claim. There is no Jason Roy either. His time will come, too.

It is a pity that the Somerset legend could only play international cricket till 30. Trescothick’s career was hampered due to stress-related illness, which confined him to the boundaries of county cricket, where he continues to play till past 40. Without a doubt Trescothick is one of England’s finest opening batsmen, especially in the shorter formats. An aggressive left-hander, Trescothick knew the art of constructing an ODI innings.

Cricket world will stay divided on Pietersen being a disruptive influence on English cricket but one fact stands true, that is he is one of the finest to have ever represented England. A rock-star and a larger-than-life cricketer, KP can manhandle the best of attacks and take complete control of the proceedings on his day. It is unfortunate that his career came to a standstill for non-cricketing reasons but predominantly a middle-order batsman, KP gets to open for this side.

In Trescothick and KP, England have a world class left-right combo and firepower aplenty. It is unfortunate that Dennis Amiss does not make the cut. He was ODI cricket’s first great batsman but his career was restricted to only 18 ODIs.

Root is England’s most complete batsman since Pietersen and has potential to end his career as the nation’s greatest. Very few batsmen in the game’s history have shown the kind of maturity in such a short time as Root, who, currently along with AB de Villiers, Steven Smith, Virat Kohli, David Warner and Kane Williamson is amongst the best all-round batsmen in current cricket.

It was tough to leave out Jonathan Trott, who averages 51.25 in this format but his competition for this berth was with Root, a more versatile and adaptive cricketer. He can also accurate bowl off-breaks.

Another South African import, Allan Lamb was a very good limited-overs batsman. He was technically correct and a powerful middle-order batsman. In days when a strike rate in the 60s was considered impressive, Lamb scored at over 75 and in this side, will bat at No.4.

One of the greatest finishers of the sport in the 1980s, Lamb will forever be remembered for scoring a then-record 18 in the last over of an ODI (bowled by Bruce Reid) as well as hammering Courtney Walsh to a memorable win in World Cup 1987.

His rise to captaincy came under chaotic circumstances, but Morgan has led the resurgence in England’s ODI fortunes. From being a laughing stock to rising as one of the top limited-overs side, Morgan has instilled a new zest into the team. It is fitting that the Irish import gets to lead the side. Otherwise, Morgan is a proven match-winner with bat and an effective finisher, quite capable of changing gears at will.

Note the strike-rate. If Buttler continues to score at over 38 and at a strike rate of over 120, by the time he leaves the sport, his name will be alongside the list of greatest. He is your modern day limited-overs specialist whose slowest ODI hundred has come off 73 balls.

Brutal down the order, Buttler is one of those exciting young cricketers who have put England back in the modern ODI map. He is an effective wicketkeeper and keeps Alec Stewart, no less, out of the side.

‘Freddie’ Flintoff is one of the iconic figures in English cricket. The man who filled the large boots of Ian Botham with relative success, was an impact performer and possessed the ability to win games with both bat and ball. Sticking to his ODI exploits, he was more than an effective lower middle-order batsman and was among the top three pacers.

The best-ever English ODI all-rounder (Botham included) will bat at No.7 in this star-studded line-up.

Does he need an introduction? Botham was England’s finest cricketer in the 1980s and any all-time English team, without this name is incomplete. A larger-than-life persona, Botham was comparatively less effective in the shorter format but was good enough to bowl England to wins and give the leather a sound beating with the willow.

With Botham and Flintoff in the same side, this side not only bat deep but also possess a dominant pace attack.

Had ‘Deadly’ Derek Underwood played more ODIs, he would have probably made it to the side, but Swann no less a threat. Making a mark in international cricket quite late in his career, Swann quickly emerged as one of the best spinners in the world.

Unlike his contemporaries, the wily Swann did not reply on the doosra or the carom ball. A bowler of more classical mould, Swann relied on flight, drift and turn. He remained a vital cog to England’s Test and limited-overs fortunes till the time he played. And though his batting skills will not be needed in this side, he was a more than capable lower order batsman.

One of England’s best new ball fast bowlers, Gough was not blessed with height, but the stocky frame did not come in his way of dominating the circuit. Gough was not the conventional fast bowler; he was a thinking bowler who could be fast, often experimented, had a lethal yorker and a good slower ball and could reverse it as well.

The opening bowling pair in this side is quite a contrast. Unlike the stout Gough, Willis was lanky, but a match-winner in his own right. Not many can claim to be the side’s primary pacer after getting both knees operated before turning 26, but for Willis it was never a deterrent. He formed a destructive duo with Botham with the new ball, made full use of his 6’6”-frame, was a fighter till the core, and was canny enough to be named captain despite being a specialist bowler — something not very common.

Think of a pace attack that has the trusted pair of Willis and Botham sharing new ball, Gough steaming in first-change followed by a searing Flintoff. If you gush a sigh of relief when the fifth bowler is on then good luck, the guile of Swann awaits you. 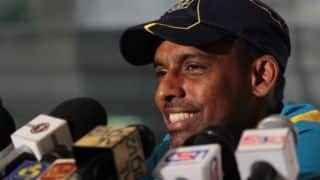