The film wing of the party has objected to the same citing the decision to release a dubbed version of the film in Marathi will cost the already struggling Marathi movie makers.

One of the most anticipated releases of the year — ‘MS Dhoni: The Untold Story’ has fished in troubled waters in the state of Maharashtra ahead of its release. Firebrand leader and one of the most influential leaders in the state, Raj Thackeray has issued an ultimatum to its makers not to release the Marathi dubbed version of the movie in the state. ALSO READ: MS Dhoni bags INR 80 crore for rights of his biopic!

His party Maharashtra Navnirman Sena’s (MNS) film wing has a problem with Marathi dubbed version of the movie. It was in fact for the first time that the makers of a Bollywood movie were planning to dub a Hindi film in Marathi and release it simultaneously with the Hindi version. But this has not gone down well with MNS, whose workers are giving the makers a hard time going ahead with the idea. ALSO READ: Watch how Sushant Singh Rajput irked MS Dhoni while filming ‘MS Dhoni: The Untold Story’

The film wing of the party has objected to the same citing the decision to release a dubbed version of the film in Marathi will cost the Marathi movie makers, who are already struggling to break even and make their mark in the entertainment industry. The party has even sent across a letter to Fox Star Entertainment, the producers of the film in this regard, asking them not to go ahead with the Marathi dubbed version of the biopic.

The letter reads: When Maharashtrians readily go and watch Hindi movies in theatres, why release a dubbed version in Marathi? We will not tolerate this. Please take serious note that you will be responsible for whatever situation arises further.

It will be interesting to see whether the makers of the film toe the line drawn by MNS or take the brave call of going ahead with the release of the Marathi dubbed version of ‘MS Dhoni: The Untold Story’. Whatever the decision is, we shall come to know about it when the movie hits the silver-screen on September 30, 2016. 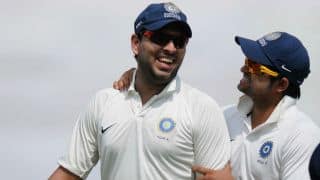