Barely a couple of months after the first edition of Cricket All-Stars series, Warne has hinted of a major announcement regarding the league.

The master of spin Shane Warne and cricket icon Sachin Tendulkar reunited on the cricket field in November last year to create magic with their Cricket All-Stars Twenty20 (T20) league. The duo’s initiative, which aimed at globalising the game, was ably backed by their gang — yesteryear’s star cricketers and their contemporaries.

The first edition in the United States of America (USA) was a huge hit, as fans across the globe got nostalgic seeing their favourite players in action once again. And now, barely a couple of months later, Warne has hinted of a major announcement regarding the league. The legendary spinner took to his Twitter account to share the developments. His tweet read:

With this tweet, the anticipation level among the fans has gone up. It will be interesting to see what the two legends come up with. 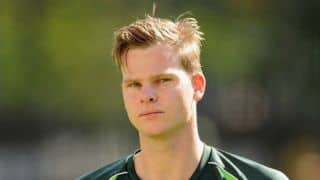