Cricket legend Sachin Tendulkar’s love affair with the beautiful state of Kerala continues. Not only did he register his best bowling figures in One-Day Internationals (ODIs) at Kochi but also he also co-owns the Kerala Blasters — the city based ISL football team. There were earlier reports that the Master is planning to buy a luxury waterfront villa in the city too. [Also Read: Sachin Tendulkar fancies buying luxury waterfront villa in God’s own country]

Now, the Kerala Cricket Association (KCA) is all set to name one of its stadiums after Sachin Tendulkar. In a report from IANS, KCA president T C Mathew said, “We have not decided which one because we have the newly opened cricket stadium in Wayanad and we have other stadiums also that are fast nearing completion. The decision will be taken shortly. He [Sachin] will also be consulted.” [Also Read: Sachin Tendulkar to embrace a rural cricket extravaganza]

Tendulkar was also the goodwill ambassador of the National Games 2015 and also led the Run Kerala Run to promote the event. 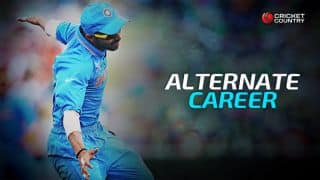