Belgium scrap out 1-0 win against Russia in FIFA World Cup 2014; progress to Round of 16

Belgium scrap out 1-0 win against Russia in FIFA World Cup 2014; progress to Round of 16

Belgium once again left it late bit but managed to qualify for the last 16 after an unconvincing 1-0 win over Russia in a FIFA World Cup 2014 Group H match at the Maracana stadium. Substitute Divock Origi gave Belgium the narrow win after a 81st minute strike.Belgium had done very little in the first 80 minutes of the match but went hell for leather in the final 10 minutes, and finally broke the deadlock.

It was a lackadaisical performance from a Belgian side that promised much before the start of the tournament. Even in their opening 2-1 win against Algeria, Belgium had to rely on two late goals from substitutes to save them the blushes. And against Russia as well, the Belgians, regarded by many as the dark horses of the tournament, looked laboured in attack and created little from the possession they had.Russia in contrast defended stoutly and hit the opposition on the counter.

Coached by former England manager, Fabio Capello’s side created more clear cut chances and should have led but for some poor finishing. Chelsea star Eden Hazard put in another disinterested performance and did little to help the Belgian cause. However, the 23-year-old woke up in the final minutes and it was his assistance that led to the goal.

Hazard, though, will have to improve his performance if Belgium are to go further in the tournament and will need to keep his intensity levels up the entire match. Russia saw little of the ball in the first half but created three golden chances of which they should have put away at least one.The best chance fell to Alexander Kokorin, who got in between two Belgian defenders but his free header went wide.

Belgium’s built up play was very slow and every time they ventured into the Russian third, they were repelled back. Dries Mertens was Belgium’s best player in the half. He posed the greatest threat for the Russian defence but didn’t get much support from his teammates. The second half was much the same. Both teams looked very mediocre initially. But as the match wore on, the game opened up and there was more attacking play.

At first, it seemed the Russians would steal the game away but in the final quarter, Belgium came back strongly and created numerous chances. Substitute Kevin Mirallas of Everton went very close to giving Belgium the lead but his grounded free kick struck the right post. Hazard came into his own only towards the end and it was finally his twisting and turning run and a brilliant cut back that Origi finished. Mirallas could have easily doubled the lead after another incisive run from Hazard but his weak shot was easily saved. 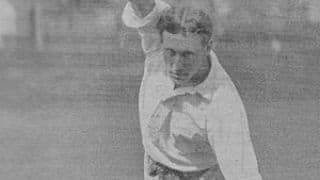 Bart King: American cricketing great, one of the best fast bowlers of all time