The French design company made the case for the last edition as well.

French fashion house Louis Vuitton has designed a travelling case for the 2014 FIFA World Cup trophy. The luxury brand has created a one-of-a-kind, custom-made trunk for the trophy to be transported in before it is awarded to the winning soccer team at the World Cup final to be held at the Maracana stadium in Rio de Janeiro July 13, reports femalefirst.co.uk.

The French leather goods company says that the case is wrapped in Louis Vuitton’s iconic monogram canvas and features the brand’s signature brass lock and corners. It also opens from the front and at the top to “allow the trophy to be easily removed when, at the final game on July 13, it will be presented to the captain of the winning team.”

The current World Cup project marks Louis Vuitton’s second consecutive collaboration with the international governing body of soccer, FIFA, as they also created the travelling case for the 2010 World Cup trophy, which was awarded to Spain in South Africa.

Louis Vuitton receives approximately 450 special orders such as this every year, meaning it represents a core section of the 150-year-old trunkmaker’s business. Under the guidance of creative director Nicolas Ghesquière, Louis Vuitton also crafted the case for the America’s Cup, which is said to be the oldest sporting trophy and is awarded to the winner of an annual sailing yacht race. 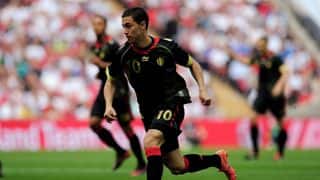 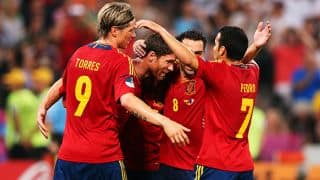