Sapin lost both their opening games of FIFA World Cup 2014.

Chelsea’s head coach, Jose Mourinho, has said that Spain’s achievements in football over the last six years made the country’s football officials overlook the renovation of the team by pumping in new blood and introducing a new generations of players.

Mourinho’s remarks came after Spain’s humiliating early exit due to two losses against the Netherlands and Chile, attributing the downfall to lacking of flexibility, reports EFE.

The Yahoo’s Global Football Ambassador added that it is hard to change players in times of victories, referring to Spanish dominance over world’s football since 2008 by winning two consecutive EUROs (2008, 2012) and a World Cup in between (2010).

Yet, change is easy and necessary in times of failures and it is the natural course of things, Mourinho told Yahoo Sport.

“People learn how to play against the best teams and when the best teams play always believing that their philosophy is the one, the other people learn”, the Portuguese tactician spoke about the tiki-taka philosophy and Vincent del Bosque’s determination to play with it. 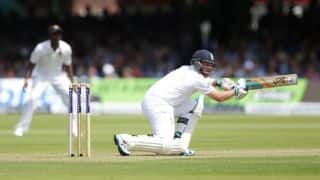