The incident has upset Barcelona, especially when it is not the first time he has acted such. The English Football Association imposed a 10-match ban on Suarez in April 2013 after biting Chelsea’s Serbian defender Branislav Ivanovic. He also bit Dutch Otman Bakkal in November 2010.

Meanwhile, marca.com said that Barcelona will try to negotiate the buy-out clause for Suarez, worth 87.5 million euros, in a bid “to bring the price tag down”.

Barcelona is “considering the possibility of including other players in the deal. There are several contenders like Alexis Sanchez, Pedro Rodriguez, Cristian Tello or Alex Song. In principle, Barcelona would be willing to spend €60 million,” marca.com said.” 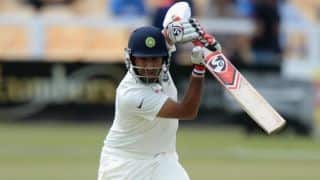