Neymar said he lived one of the biggest thrills of his life.

One of the most striking scenes before the start of the Fifa World Cup 2014 game between Brazil and Mexico was the cry of Neymar as players, coaching staff and fans chanted the final part of the Brazilian national anthem a cappella.

After the goalless draw between the two teams in the Arena Castellan in Fortaleza on Tuesday, the striker on Facebook said he was thrilled at that moment as he seldom did, globo.com reported.

“Despite the draw, lived today one of the biggest thrills of my life…,” said the number 10.

Since the 2013 Confederations Cup, the National Anthem is a registered trademark of the team, Luiz Felipe Scolari and his great relationship with the fans in the stadium.

Another feature in this World Cup has been the players entering the field with their arm on the shoulder of whoever is ahead. After doing so on their debut against Croatia, they repeated the act against Mexico.

The novelty of this was that many fans also embraced, as did the players Tuesday. 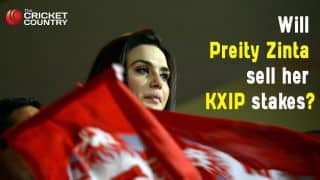