After blanking Sri Lanka 5-0 in the recently concluded ODI series, South Africa will be hoping to put the finishing touches to their 2019 ICC Cricket World Cup preparations in the three-match T20I series

After blanking Sri Lanka 5-0 in the recently concluded ODI series, South Africa will be hoping to put the finishing touches to their 2019 ICC Cricket World Cup preparations in the three-match T20I series starting with the 1st T20I at Newlands on Tuesday.

Sri Lanka failed to take inspiration from their shock Test series win, failing to put up any real fight in the ODI series. The Lasith Malinga-led side were outplayed in all the departments, forcing the skipper to voice his frustration.

With change of personnel, Sri Lanka will be hoping to end their series on a high.

Weather: Mostly sunny with a maximum high of 23 degree Celsius

Aiden Markram, Anrich Nortje and Sinethemba Qeshile were named in South Africa s squad for T20I series against Sri Lanka with Markram and Nortje picked for all the three T20I internationals, while Qeshile is picked for the second and the third T20I. Both Markram and Nortje had a decent ODI series and a good showing in the T20Is series will boost their chances for a World Cup spot.

This will be the last match before the likes of Faf du Plessis, Quinton de Kock, Kagiso Rabada and Lungi Ngidi fly are rested and after they they will go to play the IPL, opening up opportunities for the likes of Dwaine Pretorius and Rassie van der Dussen later in the series.

Sri Lanka have brought in leg-spinner Jeffrey Vandersay – returning after nearly three years and Suranga Lakmal hoping for a revival. Kusal Mendis has had a good series and will be the key player for Sri Lanka, alongside Isuru Udana. Coach Chandrika Hathurasingha is back home and it will be up to Malinga to choose from Sadeera Samarawickrama, Angelo Perera, Avishka Fernando, Kamindu Mendis and Priyamal Perera to play in the series. 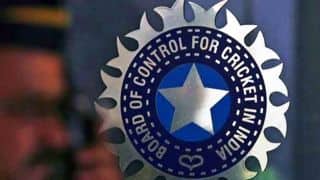 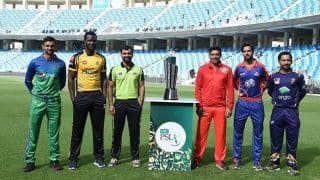