Graeme Swann has said England's shoddy performance at the 2015 World Cup was for the best as the team has witnessed a sea change ever since.

Graeme Swann has said England‘s shoddy performance at the 2015 World Cup was for the best as the team has witnessed a sea change ever since.

England were knocked out of the 2015 edition after losing to Bangladesh by 15 runs to exit the tournament in the group stage itself. However, following the disastrous performance, they have rejigged their approach in limited-overs cricket and under the captaincy of Eoin Morgan, have gone on to climb up to the top of the ODI team rankings.

An example of their batting prowess was on full display in Barbados on Wednesday as they hunted down 361 against West Indies with relative ease.

Set to host the latest edition of the 50-over World Cup later this year, England are the hot favourites. And being humiliated at the last World Cup was the best thing that could have happened to English cricket we were slaughtered by teams we should have been equal to and we had to rip it all up. Eoin has taken the team by the scruff of the neck and we’ve been exceptional ever since,” Swann was quoted as saying by mirror.co.uk.

Swann, who played 60 Tests, 79 ODIs and 39 T20Is, said for the current crop of England cricketers, sky is the limit. “For the first time in a long while, I feel confident about England’s chances going into a World Cup and I’m not just saying that for effect. During my playing days, there was a propensity to pick Test players who could do an OK job in one-day cricket rather than the crop of young players we’ve got now for whom the sky’s the limit,” he said.

He reckons that Morgan’s leadership is one of the big reasons why England are one of the top contenders this time around. The last time England hosted the tournament, I was six months away from going on my first tour with the squad and white-ball cricket has changed beyond all recognition since then. We [England] have a fantastic leader Eoin Morgan is the most impressive captain of any one-day side in the world, and that’s why we are favourites,” he said. 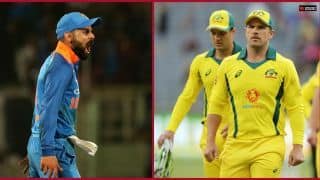 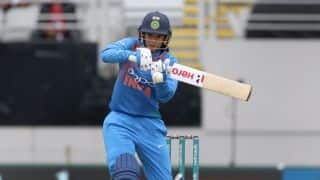