Trevor Hohns believes that the spin pair can have an impact in England this summer.

Australia’s chairman of selectors Trevor Hohns believes that the spin pair of Adam Zampa and Nathan Lyon has shown the required skills to forge a potentially potent force at the 2019 ICC Cricket World Cup.

Zampa, 26, claimed his 11 wickets at an average of 25.81 with an economy rate of 5.68 to boost his claims as Australia’s first-choice spinner in England. Lyon, Australia’s most successful finger-spinner in Test cricket, did not have as many wickets to show for but conceded runs at just 4.43 runs per over and dismissed Ambati Rayudu, Vijay Shankar and Rishabh Pant. (READ: Lyon predicts two spinners in each team during ‘bucket list’ World Cup)

Australia now play five ODIs against Pakistan in the UAE and Hohns echoed coach Justin Langer’s views in stating that Zampa and Lyon could team up in England.

“Nathan we know is a world-class bowler … very experienced,” he said. “Zampa is coming along quite nicely, so we’re comfortable at the moment. It’s a good combination.

“Most teams around the world seem to be including one at least and probably two spinners in their World Cup squad,” he said. “We expect them to. We can’t bury our heads in the sand and just say we’re going with fast bowlers when spinners in world cricket, and in one-day cricket in particular, are being very, very successful.”

Spinners have had success in ODIs in England, where the boundaries are generally small and pitches mostly favourable to high scores. The fact that the No 1 and No 2 teams in ODIs, England and India, regularly field two spinners as well as the drier nature of the surfaces in England later in the summer encouraged Hohns.

“Pitches may be a little bit worn in the latter part of the tournament, given they will have some traffic on them. That’s an important consideration for us too,” he said. 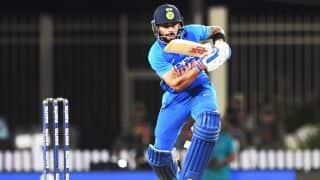 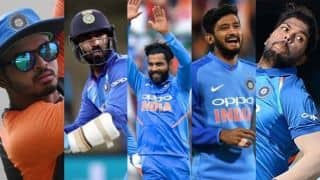