Colin Munro believes that New Zealand are potential winners of the 2019 ICC Cricket World Cup, provided they punch above their weight against pre-tournament favourites England and India.

New Zealand, as a nation of just above four million people, have always punched above our weight. You can see that we have competed well in all ICC tournaments in the past and reached semi-finals and we were the finalists in the 2015 World Cup under the captaincy of Brendon McCullum. If we can go strong at some of the big teams in the 2019 World Cup, I think we can go all the way,” he told pakpassion.net. “But for now, as the clich goes, we need to play one game at a time and when the time comes, we will put in our best effort against whatever opposition is in front of us and see where that takes us.”

Top-ranked England and India, ranked second, are widely viewed as the teams to beat at the World Cup. Munro, who hopes to make the cut for the tournament, singled out India as the bigger threat but feels that New Zealand’s chances are good. (READ: South Africa good bet for top four at World Cup: Malinga)

“England will be a very tough side to beat in their own conditions. But to me, the side to watch for will be India as apart from their strengths, they also seem to have great support wherever they play and it s pretty much a home game for them wherever they play in England which could be a factor in their success too,” he said.

“So, England and India will be the teams to watch but, in my mind, New Zealand also have the ability to challenge the best teams at the World Cup. When we play in England this summer, we will have to back ourselves one-hundred percent and believe in our abilities and give it our best. If we do that in the World Cup then we could easily go all the way and win the tournament.” (READ: World Cup Countdown: 1992 The shortest ODI in WC history)

New Zealand, led by Kane Williamson, last year won eight of 12 completed ODIs and in 2019 have beaten Sri Lanka and Bangladesh 3-0 while losing to India 1-4.

This has lifted the Black Caps to No 3 in the ICC ODI rankings, and Munro is confident that the top spot is not too far away.

“I believe that the top ranking in ODIs is also within our range now,” he said. “Obviously, we didn t do that well against a strong Indian side, but we have shown against Sri Lanka and Bangladesh what we are capable of. I feel that we are a good side especially in home conditions. Looking forward to the upcoming World Cup in England, we will also be in a strong position there because if the ball swings then we have two of the best swing bowlers in the world in Tim Southee and Trent Boult and we also have some strong batters striking form at the right time.”

The World Cup begins May 30. New Zealand play their first game on June 1 versus Sri Lanka in Cardiff. 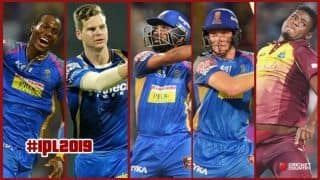 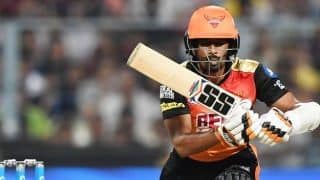