The CSA CEO has stated that Gibson's key deliverable is to win the World Cup.

Cricket South Africa (CSA) CEO Thabang Moroe has revealed that it is written in South Africa coach Ottis Gibson s contract that he has to oversee the team s run to the 2019 ICC Cricket World Cup title.

Gibson, the former West Indies pace bowler, left his role as England s bowling coach in 2017 to take over as head coach of the South Africa team. In his tenure, the team has lost just one Test series – in Sri Lanka last year – while winning against India, Australia, Pakistan and Bangladesh. In ODIs, the team has beaten Bangladesh, Sri Lanka and Australia while losing 1-5 to India in early 2018. (ALSO READ: South Africa climb to second spot in ICC Test rankings)

Despite success in Tests and ODIs, the focus for CSA is South Africa getting their hands on the World Cup for the first time.

We have won most if not all our matches, because of a strong bowling unit. I have had a few phone calls encouraging me to speak to the board to see if they haven t changed their mind. I will do as asked and see what the board has to say. As things stand, we haven t sat as the board and I haven t spoken to anybody. I can t force a decision down Ottis s throat or the board s throat.

After South Africa wrapped up the recent Tests 3-0 over Pakistan, Gibson said it was an achievement that went according to plan .

South Africa are pooled in Group A at this summer s World Cup and open their campaign against hosts England in the tournament opener on May 30. 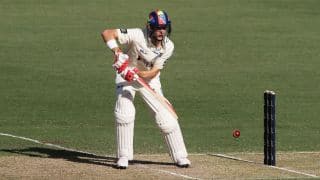