Dimuth Karunaratne helped Sri Lanka reach 71 for one at tea after rain delayed the start of the second Test against New Zealand.

Skipper Dimuth Karunaratne helped Sri Lanka reach 71 for one at tea after rain delayed the start of the second Test against New Zealand in Colombo on Thursday. The left-hander was batting on 37 in overcast conditions after the hosts, who lead the two-match series 1-0, elected to bat first. The first session was washed out.

Opener Lahiru Thirimanne batted for about an hour before being dismissed by offspinner William Somerville, for two. Wicketkeeper BJ Watling had dropped Thirimanne in the previous over but his struggles ended when he drove one straight to skipper Kane Williamson at short extra cover.

Thirimanne never looked comfortable out in the middle as he faced 35 balls for his two runs.

Kusal Mendis, batting on 30, joined Karunaratne to put on an unbeaten 42-run stand as the duo thwarted the Kiwi bowling at the P. Sara Oval.

Karunaratne, fresh from a match-winning century in the opening encounter at Galle last week that boosted him into the top 10 in Test batsman rankings, hit five boundaries in his 77-ball stay.

Both teams made one change from the first match. Sri Lanka included veteran spinner Dilruwan Perera in place of Akila Dananjaya, who was reported for a suspect bowling action after the first Test. 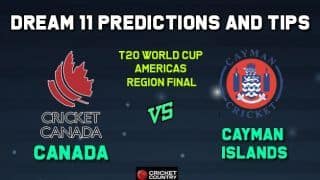 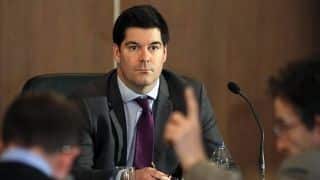