Afghanistan face off against Zimbabwe in the fourth of the five-match One-Day International (ODI) series at the Sharjah.

Hosts Afghanistan face off against visitors Zimbabwe in the fourth of the five-match One-Day International (ODI) series at the Sharjah Cricket Association Stadium on Monday. Afghanistan, who currently lead the series 2-1, would definitely aim to make it 3-1 and seal the series following tw0 convincing wins in the opening couple of ODIs. They missed out on the chance of making it 3-0 in the previous game itself on Saturday, as Zimbabwe made an impressive comeback, out of nowhere, and beat the hosts comprehensively by 117 runs. The visitors too would aim to level series in this tie and stay alive going into the final ODI. LIVE CRICKET SCORECARD: Afghanistan vs Zimbabwe 2015-16, 4th ODI at Sharjah

Considering the performance in the previous tie, Zimbabwe again did not have a healthy outing with the bat, as it was only Hamilton Masakadza and Graeme Cremer s all-important knocks of 83 and 58, respectively, that helped Zimbabwe reach a below par, yet match-winning total of 175 as the other batsmen failed to fire and were mostly dismissed for single digits, with Richmond Mutumbani being the third guy getting out in double digits(14). Afghanistan create unwanted history vs Zimbabwe in 3rd ODI at Sharjah

Afghanistan, performed miserably with the bat, following an impressive show in the previous contests, they were bundled for mere 58, with opening batsman Mohammad Shahzad being the only batsman with a double figure of 31. It was indeed a disastrous show with the bat for the Afghans which was not at all expected, and a turnaround can be round the corner in this tie. Hamilton Masakadza, Graeme Cremer create world record vs Afghanistan in 3rd ODI, Sharjah, 2015-16

In the bowling department, Afghanistan s Mirwais Ashraf was the most successful bowler with a figures of three for 20, while Amir Hamza and Dawlat Zadran claimed a couple each. However, for Zimbabwe, it was Luke Jongwe s deadly spell of five for just six runs that shattered the Afghan batting line-up and they would definitely look to play him with more respect. Among other Zimbabwean bowlers, Neville Madziva and Tendai Chisoro claimed three and two wickets respectively.

With this tie, and being played at the same venue, it can be expected that the pitch will behave in a neutral fashion, supporting both batsmen and the bowlers. As for Zimbabwe, their batting has been an issue in the series so far and would definitely look to make a couple of changes or even more in the order, with Peter Moor and Chamu Chibhabha likely to be on the receiving end owing to their poor show in the last match. While for Afghanistan, their batting line-up might also need an overhaul, with most of the batsmen failing to perform on Saturday. However, it could also be the other way, with the skipper sticking with the same squad as one bad game is enough to press the panic button. 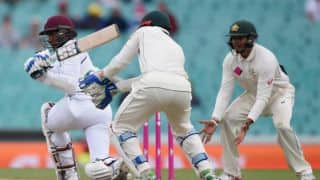 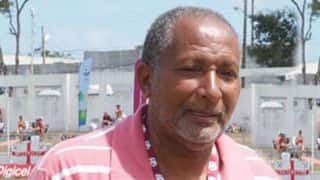