PCB's Cricket Committee will be meeting later this month and the matter would be up for discussion.

Pakistan could have separate captains and head coaches for Test and limited overs cricket following its failure to qualify for the ICC Cricket World Cup 2019 semifinals in England.

A well-placed source in the Pakistan Cricket Board (PCB) told PTI that when the Cricket Committee meets later this month, a proposal to split the captaincy and coaching for the different formats would be up for discussion.

“Since Pakistan has to play eight Tests of the World Test Championship against Sri Lanka, Australia, Bangladesh and England before the T20 World Cup in Australia next year, the PCB is pretty concerned about how to improve performance of the team in Tests,” the source said.

Pakistan will be playing only three ODIs but nine to 10 T20s before the T20 Asia Cup and T20 World Cup next year, prompting PCB to consider separate captains and coaches for red and white-ball cricket,” he said.

He said PCB Managing Director Wasim Khan met with Wasim Akram, who is a member of the Cricket Committee, in London earlier this month. The former captain and fast bowler had advised the MD that the board should retain Sarfraz Ahmed and Mickey Arthur for the limited overs cricket until the T20 World Cup.

“But the board is now considering the option of having separate captains and head coaches for Test and limited overs cricket with the support staff i.e manager, bowling coach, batting coach, trainer, fielding coach, physiotherapist remaining the same for all formats.”

Pakistan is presently sixth in the ODI rankings and number one in T20s but it is in Test cricket where Sarfaraz and Arthur have failed to achieve anything notable in last two and half years. The Test team is languishing at number seven in the ICC rankings having lost home series to Sri Lanka, New Zealand before being outclassed in South Africa.

The source said if the board decides to split the red ball and white ball captains and head coach positions than senior batsmen Asad Shafiq and Azhar Ali are likely to be the top candidates for the captaincy. 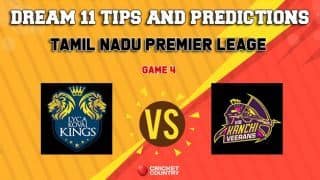