"They have a fine team and some talented players, who have proved themselves in shorter formats."

India captain Ajinkya Rahane today termed it is a “privilege” to be a part of a historic first Test match against Afghanistan. It’s a privilege to be playing in Afghanistan‘s first Test match. It’s a historic moment for them and an opportunity for us to be part of the occasion,” Rahane was quoted as saying in an ICC release.

“They have a fine team and some talented players, who have proved themselves in shorter formats. I am sure they are looking forward to do the same in Test cricket. On behalf of the Indian team, I wish them all the best.”

World’s top-ranked team, India are without regular captain and second-ranked Virat Kohli for this Test but the likes of Cheteshwar Pujara (sixth), Rahane (18th) and opener KL Rahul (19th) in batting and former top-ranked spinners Ravindra Jadeja (fourth) and Ravichandran Ashwin (fifth) among bowlers will be looking to improve their positions on the ICC Test Player Rankings.

Afghanistan, who have fast established themselves as a force to reckon with in the shorter formats, will become the 12th side to figure in men’s Test cricket after Ireland debuted against Pakistan last month. Both Ireland and Afghanistan were granted Full Member and Test status last June.

Afghanistan captain Asghar Stanikzai said: It’s a great moment for us as we embark on our Test journey. To be playing our first Test against India is a great honour and we hope to give a good account of ourselves.

To be competing against the best on the Test rankings table is something to be proud of and we will try to do our best in whatever chances we get and exhibit the skills the players possess individually as well as collectively as a team. The one-off Test against India will be Afghanistan’s first step towards being ranked on the ICC Test Team Rankings and a chance for their gifted players to enter the individual rankings after making a mark in limited overs cricket.

India stand to lose three points if they lose this match but their number-one position is under no threat, thanks to a 13-point lead over South Africa.

Afghanistan’s spinners will be in focus as Rashid Khan (top-ranked in T20Is, second in ODIs) and Mohammad Nabi (eighth in T20Is, 16th in ODIs) look to make a mark in Test cricket. Among batsmen, Rahmat Shah is their leading player in ODIs at 32nd position. 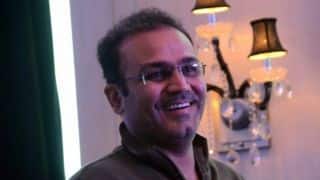 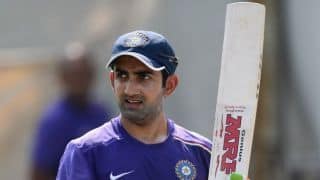