Root said that Cook is a proven performer and reckoned that he has come back stronger after being written off in the past. Cook may have had a string of failures but he also has two double hundreds in the past one year, one each against West Indies and Australia, respectively

The Pataudi Trophy 2018 is nicely poised after the strong comeback made by India in the Trent Bridge Test as they defeated the hosts by a margin of 203 runs to narrow down their deficit to one down as the series is now 2-1 in favour of England with two Tests to go.

England suffered a terrible batting collapse in their first innings at Trent Bridge when they lost all their 10 wickets in one session as Hardik Pandya ran through their middle order with a magnificent burst of five wickets for six runs. Despite ruing the meltdown with the bat, England captain Joe Root said: We re definitely in the driving seat as far as the series goes. We have to keep remembering that.

33-year old opener Alastair Cook has scored just one half-century in 14 innings this calendar year and there are question marks over his longevity. Cook scored a magnificent double hundred against Australia in the boxing day Test at Melbourne in 2017. This innings helped England draw their only game in the last Ashes which they lost 0-4. Cook also scored 243 against West Indies at home in the last season but his performances have dried up considerably over longer periods. He has not been able to get past 30 in the current Test series with a string of low scores 13, 0, 21, 29 and 17 in the five opportunities he has got in the middle in the last three tests.

Root said: The hardest point to bat is opening. He s a world-class performer, he s proven that time and time again and actually, I d like you to write him off because every time he s written off he comes back and scores a double hundred.”

Cook is expecting his third child sometime around the fourth and fifth Test but Root said that such things are not an “exact science” and he would consider the opener to be available for the upcoming Tests.

England will name their squad on Thursday and Jonny Bairstow, who sustained the hairline crack to his left middle finger while keeping wicket on Monday may be included as a specialist batsman. Root said: Jonny is obviously a world-class batter in good form and would warrant his place within the side as a batter. In terms of keeping, we are very fortunate to have Jos in the team already. It would make things very easy in terms of him stepping into that role.

On his own scores of 16 and 13, the England captain said: I don t feel as though I m Bambi on ice or anything. I m determined to get things right but you ve got to earn the right, get in and lay a platform to make a big score. I don t think I m far away.

On the team’s overall performance in the Nottingham Test and India’s revival, Root said: [Our first innings] was obviously not good enough. For the group of players we ve got it s well below what we re capable of doing even in bowler-friendly conditions. The best players always find a way to score runs. Look at someone like Virat, who is at the top of his game at the moment, and he has managed to do that. And that partnership between Jos and Ben it s a great lesson to the batting group of how to go about things in Test cricket. 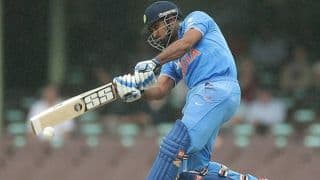 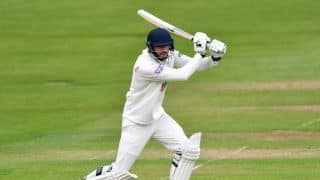