Former South Africa skipper Ali Bacher believes that his side's recently-concluded tour against India has played a part in the team's current struggle.

Johannesburg: Former South Africa skipper Ali Bacher believes that his side’s recently-concluded tour against India has played a part in the team’s current struggle. Earlier, South Africa had suffered a humiliating 0-3 defeat in the four-match Test series against India. Describing the tour against India as a `madness`, the 73-year-old revealed that his players’ were not able to fully overcome the defeat, Sport24 reported. Bacher, who believes that the Indian pitches were ‘outrageous’, insisted that his side were now tackling England in a tough series. Haroon Lorgat needs to explain allegations levelled against him, says Ali Bacher

The former skipper further said that the current South African Test team could not fill the void left by star players like Shaun Pollock, Mark Boucher, Graeme Smith and Jacques Kallis. South Africa are currently trailing 0-1 in the four-match Test series against the visitors following their 241-run defeat in the opening match against England in Durban. AB de Villiers’s fastest century lauded by Ali Bacher

Bacher also has said that Cricket South Africa (CSA) chief executive officer Haroon Lorgat needs to explain the allegations against him as they are of a serious nature. Bacher spoke on Thursday after adventurer Mike Horn reportedly confirmed that there was political interference in the South African camp before their Cricket World Cup semifinal against New Zealand last month. Reports in the media had recently indicated that Lorgat had told Domingo via SMS to pick an extra player of colour in the team before the semifinal in Auckland. However, CSA and Lorgat strongly denied the reports. But Horn, who helped South Africa at the recent World Cup, has since confirmed that there was indeed political interference, Sport24 reported. 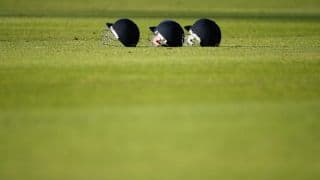