Ben Stokes might have been the beneficiary of a dubious lbw call after ball-tracker showed three reds but he reckons DRS got it wrong.

Ben Stokes was the beneficiary of a not out lbw call which the ball-tracker projected to be out but the England allrounder reckons DRS got it ‘completely wrong’.

With England two runs away from win, Nathan Lyon pinned Stokes in front leading to a loud appeal which the on-field umpire Joel Wilson turned down. Australia had already burned both their reviews and thus were left with none.

However, replays showed the ball would have crashed on the stumps.

“I have seen the DRS on my lbw shout, which obviously shows up with three reds, but DRS has got that completely wrong,” Stokes said after England’s nerve-shredding win at Headingley that helped them draw level in the series at 1-1. “It flicked my front pad first and didn’t spin.”

He added, “It shows how crucial it is to make sure you use your reviews. When you get to a situation like that, you still need one. If they had one they would have used it and ended up winning. I still cannot believe it was three reds.”

Stokes led an astonishing counterattack after England lost their ninth wicket in Stuart Broad. Alongside no.11 Jack Leach, he helped wipe off the remaining 73 runs needed for the win on Day 4 of the third Test, staying unbeaten on 135.

Stokes innings was studded with 11 fours and eight sixes. England completed a remarkable turnaround after being bowled out for a mere 67 in their first innings before overhauling the target of 359 to complete their biggest chase in Test history.

With their stunning victory at Headingley, England have kept the series alive. The fourth Test of the series starts on September 3 in Manchester. 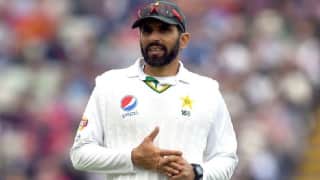 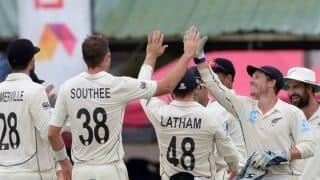