Australia are leading the five-match series 1-0 after beating England by 251 runs at Edgbaston in the first Test.

After beating England in the Ashes opener at Edgbaston by 251 runs, Australia coach Justin Langer on Monday said that the team is not short on options for the second Test at Lord’s, starting on Wednesday.

“The wicket is really interesting, it looks like it’s going to be a really flat wicket to me,” said Langer.

“It’s quite dry though. It’s not a surprise… the wicket is the last thing you look at when you come to Lord’s. Most grounds it’s the first thing to look at but here, there’s so much else to admire and love about being here. But whether it’s a green-top or a dry wicket, we have really good options and that’s nice as a coach and selector,” added the Australian coach.

“Whoever misses out it’s going to be tough. The one who will be twelfth man it will be even tougher, whether that be Sidds (Siddle) or Josh (Hazlewood) or James Pattinson, whether it’s Starcy (Mitchell Starc) or Pat Cummins, they are all very, very good bowlers,” said Langer.

While there were lots of positives for Australia from the first Test, Langer also highlighted the positives from a tour game against Worcestershire.

“Travis Head played well. He has a huge future. He’s very coachable, he’s got better every time he plays. Josh Hazlewood bowled very economically. He got some wickets which was good for his confidence, Starcy does what he does best, he shook up the tail. He took a couple of wickets really swinging them back, an LBW early. It was good to see Mitch Marsh spend a bit of time in the middle if we need an all-rounder, he bowled a few overs as well. Uzzie got some time in the middle. There were some good things to come out of Worcester,” said Langer.

England will be without the services of James Anderson in the second Test after the veteran pacer injured his right calf on Day one of the first Test.

However, Jofra Archer, who Langer termed “a great athlete”, is in line to make his Test debut, at a venue where he bowled the World Cup-winning Super Over against New Zealand, and likely to partner Stuart Broad with the new ball.

“He’s a very skilled bowler and a great athlete, but Test cricket is very different to white-ball cricket,” said Langer.

The Australian coach also revealed how the team will like to go about their business in the second Test.

“Like we’ve talked about a long time, we’ve got to keep wearing them (England’s bowlers) down and get him back into his second or third and fourth spells,” concluded Langer. 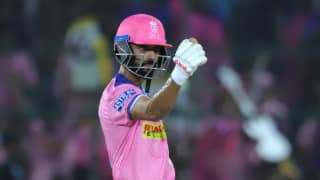 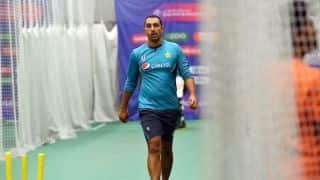