Cummins wants to play each Test of the Ashes but Langer is not hopeful of that happening.

Australia’s coach Justin Langer does not believe that the No 1 fast bowler in Test cricket can play all five matches of the 2019 Ashes.

Coming off a busy year, which includes all ten of Australia’s 2019 World Cup fixtures, Pat Cummins wants to feature in every match against England but Langer feels it may not be “humanly possible”.

“In theory, you would like him to play all five Tests,” Langer said on Sunday at Lord’s, venue for the second Ashes Test from August 14. “Those back-to-back Test matches depends a lot on how much he bowls. He bowled the most overs in the first Test (44.3 overs) but depends on how the game goes and how many overs he bowls, on how much batting there is in between, whether we’ve bowled last or we’ve bowled in the third innings of the game.

“All those things will come into it. You’d like him to play all five but I am not sure it’s humanly possible.”

Cummins, 26, played all six of Australia’s home Tests this past summer and before that lasted through the previous Ashes at home, which Australia won 4-0. Since he returned to Test cricket in March 2017, he has bowled 734 overs in the format, a number topped only by James Anderson and Stuart Broad.

Cummins was rested for two Tests, against Pakistan in the UAE last year – and remains a preferred option in ODIs.

After his seven-wicket haul in the first Ashes Test at Edgbaston, Cummins heads into the Lord’s game raring to go.

“I think everyone would like to play all five,” he said. “I think it’s one of those things where it’s just great that we’ve got that flexibility, so I think every game you’re going to pick your best three (fast) bowlers you think are going to win that match.

“I guess we’re lucky we’ve got six guys here who are a real chance of playing every game. Personally, I’ll be hoping to play every game, and if I’m fully fit and bowling well I expect to, but it’s good we’ve got plenty of bowlers here.” 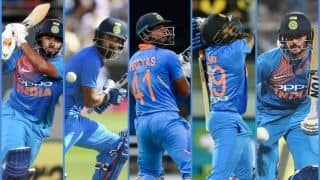 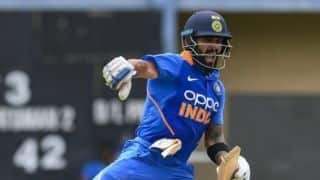